“Commit to the Lord whatever you do, and your plans will succeed” – Proverbs 16:3

At this time of the year there is much reflection on annual performance, and introspection about plans for the new year, since the calendar year represents the financial year for many.

Government’s financial year varies from country to country and does not necessarily coincide with the calendar year. Nevertheless, the principles of project planning and execution are the same.

Forty-five years ago, when I was a pioneer business consultant in the Caribbean, the business planning culture dictated that “if you fail to plan, you are planning to fail” (Winston Churchill), and “if you do not know where you are going, any road will take you there” (Lewis Caroll, Alice in Wonderland).

At that time, governments prepared fixed five-year plans. For example, April 1970 to March 1975, then April 1976 to March 1981. This is all well and good if the environment is stable and predictable. Businesses tended to follow suit.

In recent years, there has been one global crisis after the other. The 2007-09 economic crisis, the COVID-19 pandemic, and the Russia/Ukraine war have had a major impact on lives and livelihoods, and have played havoc with the best formulated plans.

To soften the blow of the disruptive impact of crises on plans, the concept of rolling plans is a good one to consider.

The five-year perspective is important because there is often action that needs to be taken today to achieve an objective in five years, which must be included in the current annual plan.

The one-year action plan focuses on monthly targets such as efficient internal meetings and communication, financial security and risk management, marketing to build the brand and generate revenue, operational efficiency to generate profits and people development in the interest of sustainability.

The primary purposes of a Board of any organization are simply to: (1) embrace the owners’ or members’ policy; (2) approve the annual action plan for the organization; and (3) monitor management’s monthly performance of the business against the objectives of the plan and take corrective action when necessary.

The board meeting culture establishes a good foundation and structure and inspires the development of effective and efficient practices which will stand his business in good stead as it expands.

The board meeting culture is the glue that bonds relationships between stakeholders (owners, directors, team members, service deliverers, and clients), and getting the structure right at the start redounds to the sustainability of the business.

As a company implements the action plan, they can be guided by the Sequential Evolutionary Approach (SEA), which states that as we journey through life, the intelligence gained at any step along the journey fashions the size and direction of the next step.

Herein lies the recipe for a very simple but powerful approach to planning.

Have fun with it and have a Happy New Year! 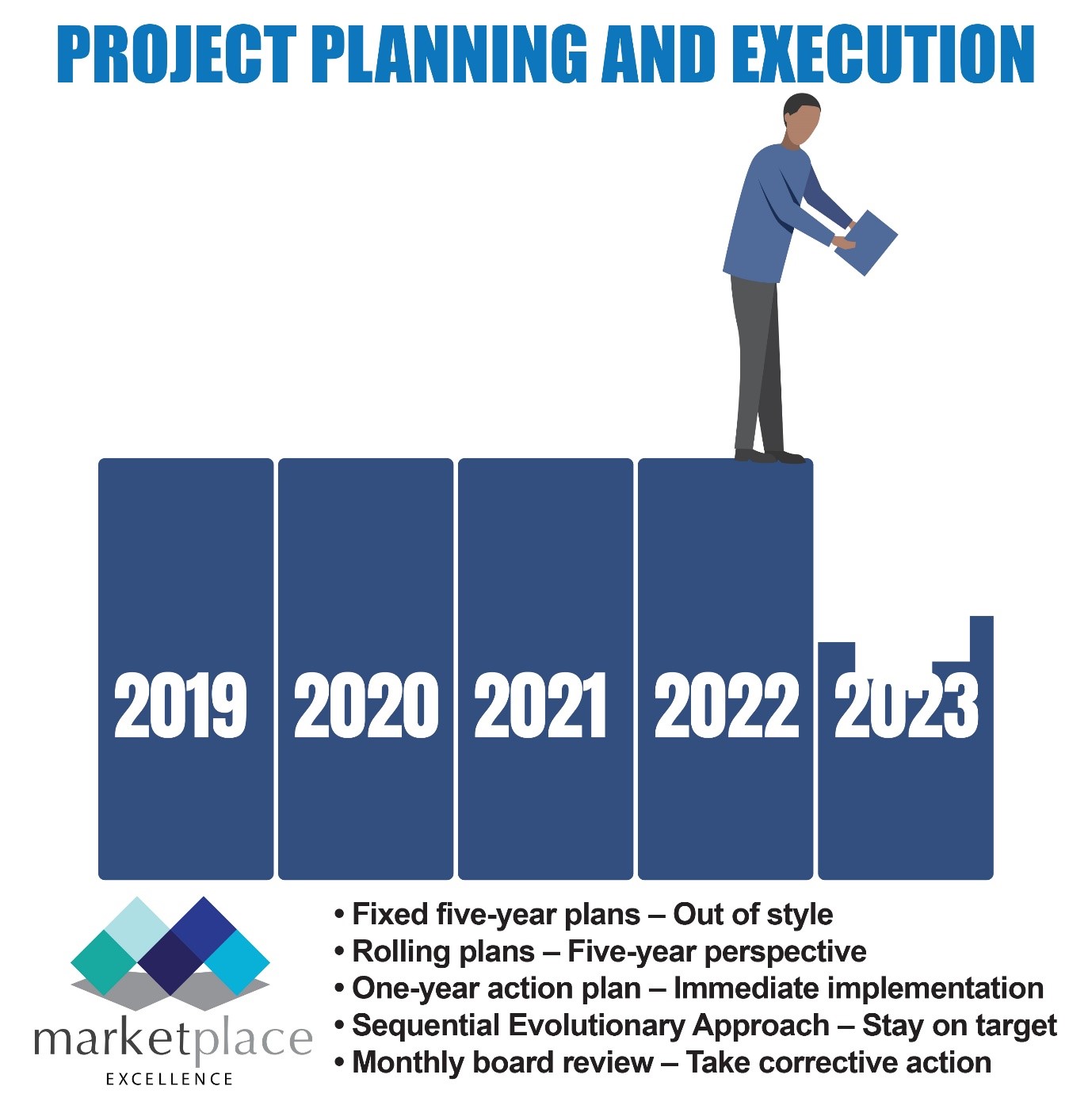