“His lord said unto him, Well done, good and faithful servant; thou hast been faithful over a few things, I will make thee ruler over many things: enter thou into the joy of thy lord.” – Matthew 25:23

Errol Walton Barrow was born in the parish of St. Lucy in Barbados on January 21, 1920. He received his early childhood education at the Danish Preparatory School in St. Croix and Barbados where he later went on to Harrison College. Not only did he serve in the Royal Air Force during World War II, but he also went on to study law and economics at the London School of Economics. He led Barbados into independence from Britain on November 30, 1966, and became the first Prime Minister of Barbados, serving until 1976. He is one of the 10 National Heroes of Barbados.

On May 13, 1986, during the general elections campaign, he delivered the famous “Mirror Image” speech, where he asked of the electorate: “What kind of mirror image do you have of yourself?” He became Prime Minister again after his party won the elections on May 28, 1986, but died after just over a year in office on June 1, 1987. It is instructive to repeat here an excerpt from his timely remarks.

“There is a small country which is run by a friend of mine. That country has 210 square miles; it is 40 square miles bigger than Barbados. If you took the Parish of St. Philip and put it right in the little curve by Bathsheba that would be the size of Lee Kwan Yew’s country, Singapore. But you know the difference between Barbados and that country? First, Barbados has 250,000 people. You know how many people Singapore has on 40 more square miles? Over two-and-a-half-million.

“They have developed an education system but they are teaching people things that are relevant to the 21st century. They are not teaching people how to weed by the road. They are in advance of the information age.

“But you know the difference between you and them? They have got a mirror image of themselves. They are not looking to get on any plane to go to San Francisco. The government does not encourage them to emigrate unless they are going to develop business for Singapore. They have self-respect. They have a desire to move their country forward by their own devices. They are not waiting for anybody to come and give them handouts. Is that the mirror image that you have of yourselves? Anyhow, ladies and gentlemen, I done.”

Leading a country to greater heights is a relay race. Prime Minister Mia Mottley has just received the baton with the vision of branding Barbados as a world-class society in seven years. May the race of excellence so ably led off by Mr. Barrow continue with passion, persistence and patience. 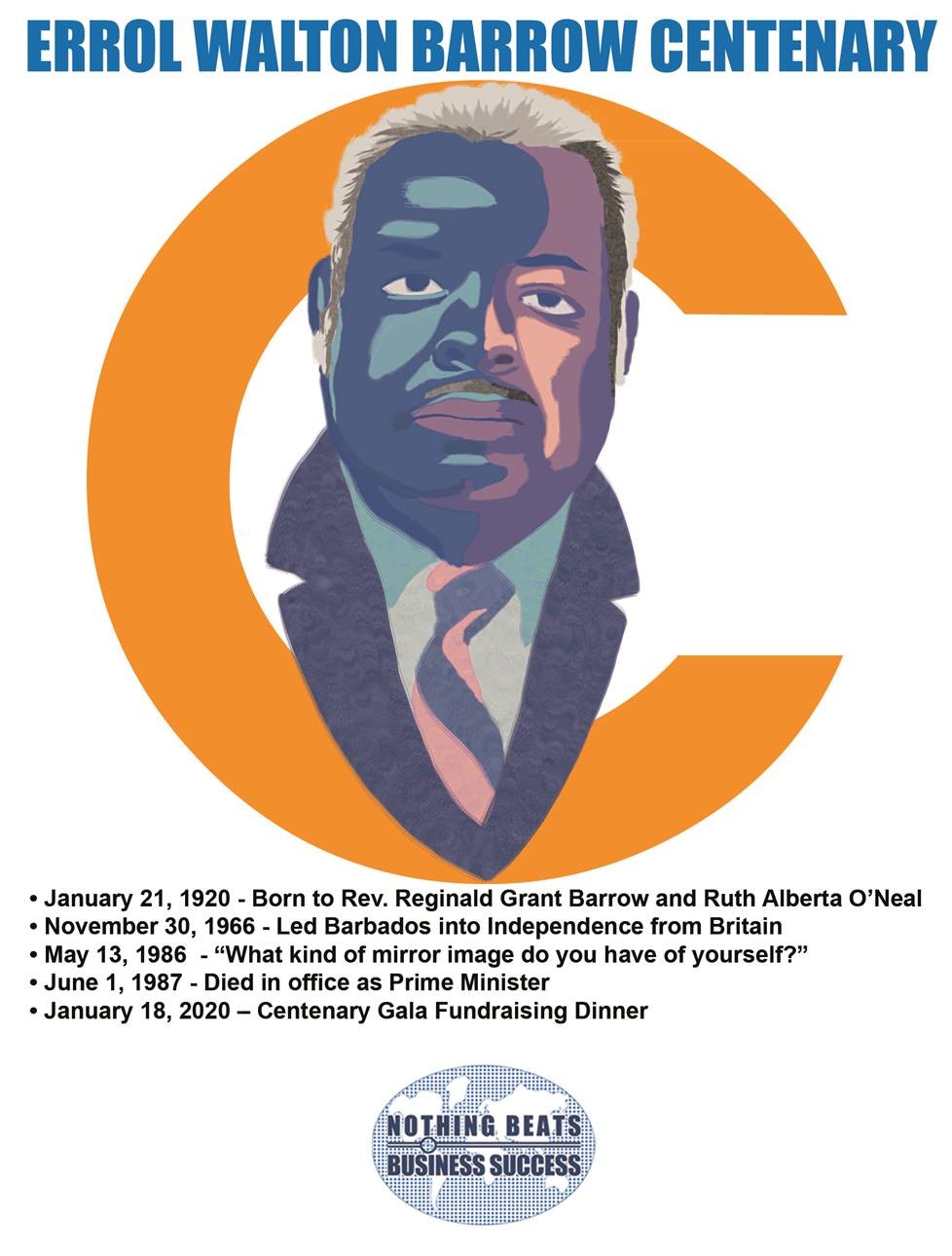 The Errol and Nita Barrow Educational Trust is hosting a gala fundraising dinner on Saturday, January 18, 2020. The event will celebrate the 100th anniversary of Errol Barrow’s birth and raise funds to make financial awards that will enable Barbadians and Commonwealth Caribbean citizens to pursue a course of study that will further the development of Barbados and the Caribbean.

Your sponsorship support to mark the occasion will be much appreciated – https://www.errolandnitabarroweducationaltrust.org/.