“And we know that God causes everything to work together for the good of those who love God and are called according to his purpose for them.” – Romans 8:28

The task of Cricket West Indies (CWI) is challenging for the men’s team, let alone the women’s team and the respective junior teams, where talent is discovered. Comprehensive preparation for the future tours programme requires strategic planning and funding greater than the small size the CARICOM region can afford on its own. Our focus today is on the leadership of the men’s teams.

Phil Simmons has just been appointed CWI’s head coach on a four-year contract. Jason Holder has been retained as the Test captain and Kieron Pollard appointed the captain of the ODI and T20 teams. Roger Harper is the Men’s Panel Lead Selector. Their mandate is to work together in harmony to make a positive difference and paint an image of pride on the faces of all CWI stakeholders.

The three primary performance objectives of this leadership team are: (1) to be competitive at the inaugural edition of the ICC World Championship of Test cricket (2019-2021), which started on August 1, 2019 with the first Test of the Ashes series and ends with the finals at Lords in June 2021; (2) to successfully defend our title and make it three in a row at the seventh ICC T20 World Cup tournament, with matches in Australia from October 16 to November 15, 2020; and (3) to improve our performance from eighth position, and reach the final four at the 13th edition of the men’s ICC ODI Cricket World Cup, with matches scheduled to be hosted by India from February 9 to 26 March 2023.

The next engagements of the West Indies team are one Test, three ODIs and three T20s against Afghanistan in India in November and December 2019. The squads have been selected. The test squad has 14 players and the ODI and T20 squads have 15 players each.

Seven players of the test squad are exclusively for the Test, seven will be in the ODI squad and three in the T20 squad. Another eight will make up the ODI squad and another 12 the T20 squad. Hetmyer, Holder and Joseph have been selected for all three formats, Shepherd for the ODI only and Allen, Ramdin, Rutherford, Simmons and Williams for the T20 only. Twenty-seven players have been selected, over all three formats, for the Afghanistan series.

The leadership team needs to keep all the above objectives sharply focused. The 2020 ICC T20 World Cup is only one year away. Points are currently earned for each test that we play in the ICC World Championship of Test cricket until June 2021. The ODI Cricket World Cup is less than four years away. CWI needs to have a balanced squad of 20 players continually working together, in each of the formats, from which to choose the final 14 for any given series.

We have got the leadership in place, but what is the cost of doing all this in the context of skill-set reliability, mind-set change and cross-format flexibility? 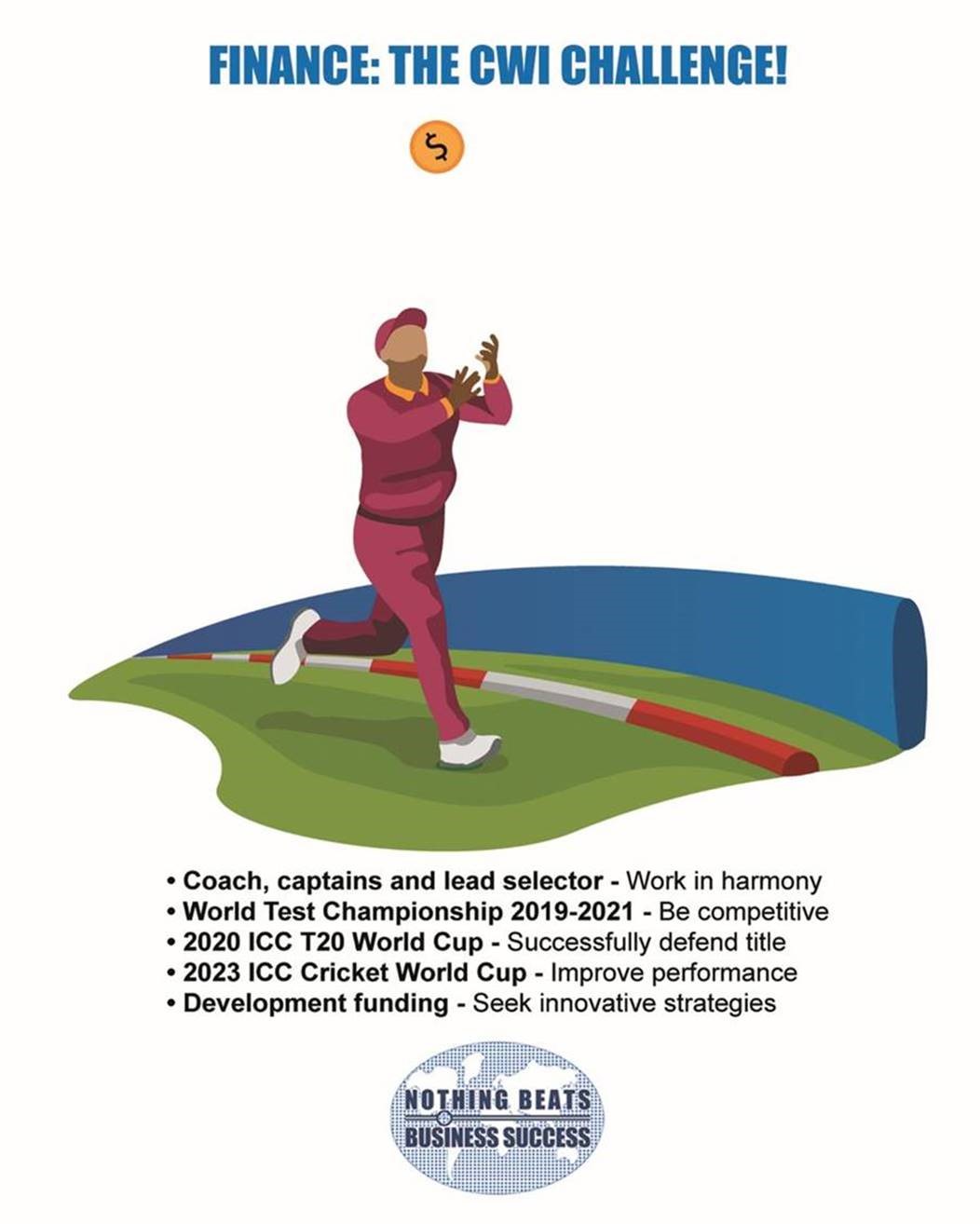