“Therefore, speak I to them in parables: because seeing they see not; and hearing they hear not, neither do they understand.” – Matthew 13:13

Lack of appropriate funding of micro, small, and medium enterprises (MSMEs) has been and still is the most critical constraint to enterprise development. This issue was once again a topic of discussion in the Barbados press last week. It is a prime example of Implementation Deficit Disorder. Basically stated, this means it is not enough to embark on a study and develop a plan. The public and private sectors must embrace a national policy of innovation, investment and implementation, if we are to have a chance to make a difference.

Funding for Enterprise Development is my passion, and I have a simple story to tell.

The then President of the CDB, Sir Neville Nicholls, in his covering letter to prospective regional sponsors of the CBEI, appealed for financial support. He stated that the CBEI’s purpose was to be a “Caribbean Catalyst turning Concepts into Commercial Realities”. CBEI was designed to grow and develop so that it may eventually become a financially viable self-sustaining entity. However, it was pointed out that in the initial stages of its business development growth cycle, considerable support in the form of financial and technical assistance would be needed to lay the foundation for success.

The sponsorship appeal was successful, and the Caribbean Business Enterprise Trust was established in 2001, external to the CDB. The Trust was governed by a board of regional trustees under the chairmanship of Sir Neville Nicholls, who retired as President of the bank that same year. For seven years, the CBEI concept was promoted in the 10 borrowing member countries of the CDB, and several entrepreneurs benefited from professional counselling and business plan development.

In 2008, the Barbados government (under the leadership of the then Prime Minister David Thompson) agreed to fund a Barbados pilot project, the Caribbean Business Enterprise Trust (Barbados). This Trust would test the efficacy of the innovative entrepreneur/shepherding/funding initiative, known as the Shepherding Model. Sir Neville Nicholls was also Chairman of this Trust. Nine significant enterprise initiatives benefitted from this project, many of which are still active today.

In November 2009, Prime Minister Thompson launched an excellent public-private sector seed/equity/working capital MSME funding initiative. But, alas, he became ill in early 2010 and passed away in October of that year, before his vision was institutionalized. His successors did not continue supporting the initiative, which ultimately faded in 2012. Over 70 entrepreneurs were in the queue for assistance when the project was aborted.

The Shepherding Model was then shared in Trinidad and Tobago, at the request of the National Integrated Business Incubator System (IBIS) of the Ministry of Labour’s Enterprise Development division, and the BizBooster programme at the Lok Jack Graduate School of Business.

In September 2010, Scotiabank and the Barbados Small Business Association recognized our team’s work with the citation: “For introducing the Shepherding model to the business landscape of Barbados; the formation of a seed, equity and working capital MSME entity (yet to be capitalized); as well as the long-standing contribution to the small business sector as evidenced by various lobbying and educational activities.”

The Small Business Association (SBA) recently mounted a State of the Sector Conference under the theme “Small Size, Big Thinking – Changing the Mindset for Global Engagement.”

At that meeting, Dr. Warren Smith, CDB president, maintained that MSMEs were essential for the country’s and the region’s long-term growth and development. He further stated that investment in MSMEs is the key to unlocking economic growth in Barbados and the Caribbean. 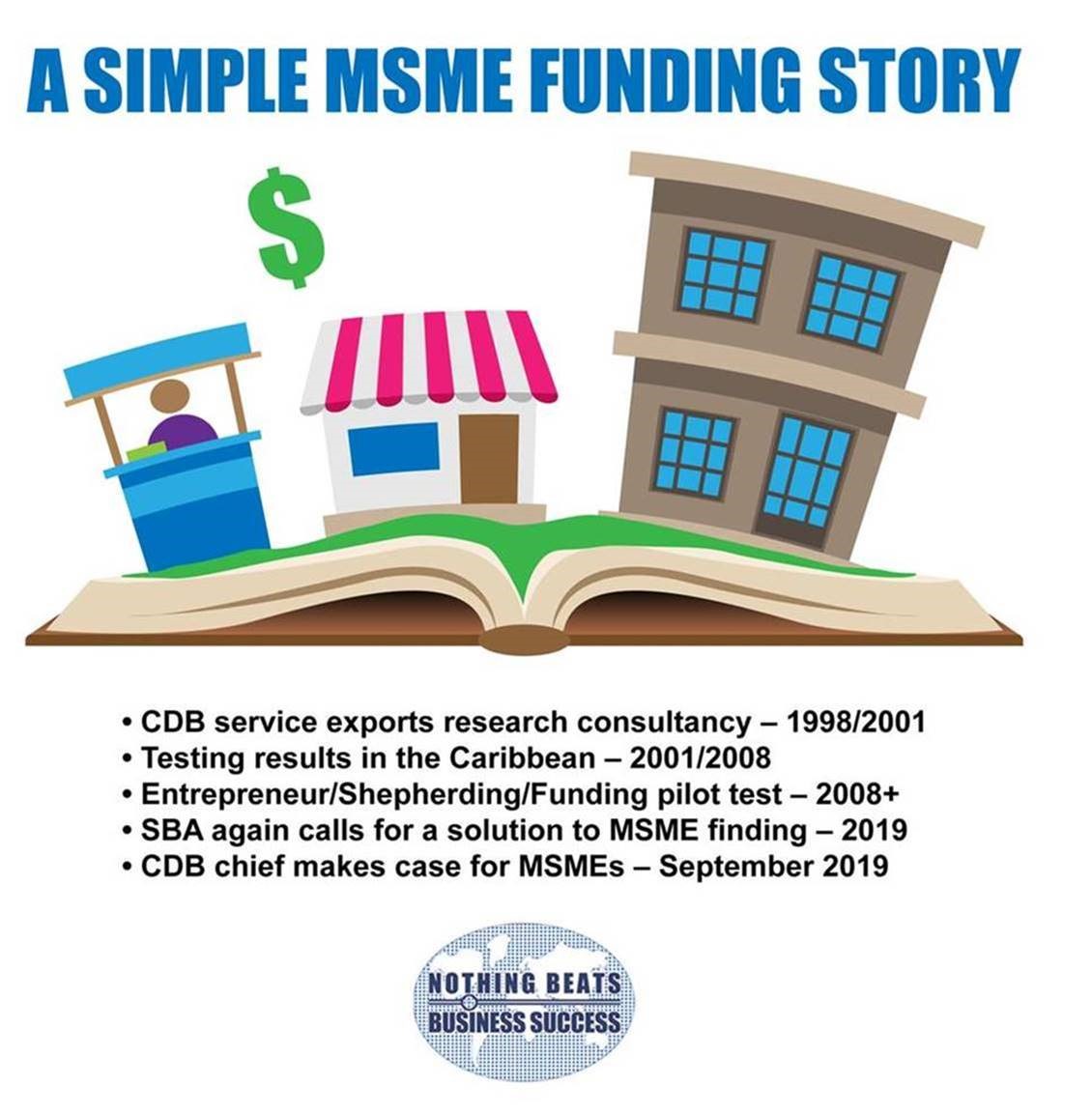 Let us review what has been done over the last 20 years. Then, build on the successes and learn from the failures. Why do we not listen to the innovators, entrepreneurs and visionaries in our midst, instead of feeding our egos by continually trying to reinvent the wheel? Members of our team are still young enough to implement change. As their mentors, we can advise while we still have our wits about us.