“And we know that for those who love God all things work together for good, for those who are called according to His purpose.” – Romans 8:28

Balance may be defined as a state of equilibrium in a partnership. If the wheels of business, economic growth and sustainability are to experience a smooth ride, the partners in the process – government, the private sector, trade unions, shepherds and financiers – must be in balance.

The role of government is to make the laws and spend the taxes; the role of the private sector is to grow the economy; the role of the trade unions is to explore the opportunity to shift their collective bargaining thrust to one where they encourage increases in productivity for fair compensation; the role of shepherds is to creatively transfer knowledge and experience directly to entrepreneurs; and the roles of financiers include the provision of soft stabilization loans and investment to grow the economy.

Each of these partner roles is important, in and of itself, but when they work together their combined effect is much greater than the sum of their individual effects. There are five partners, therefore 10 combinations of two partners each. If we develop the synergies associated with each of these 10 combinations, there is a cumulative explosive potential for an increase in efficiency. 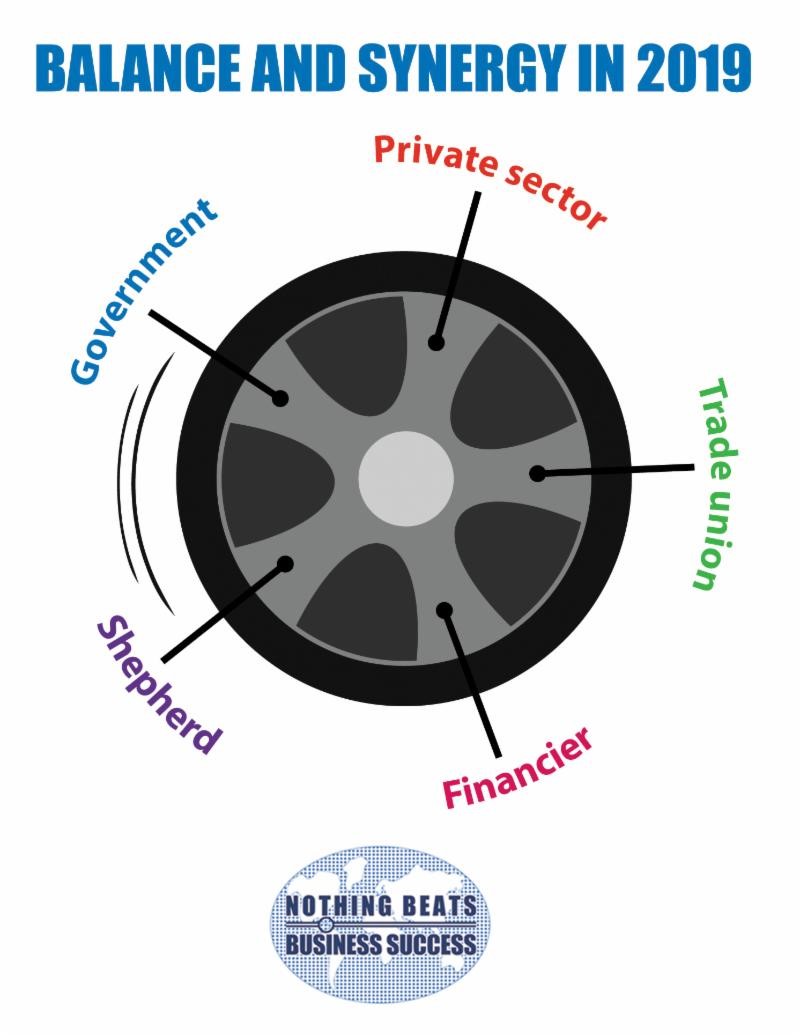 As we make a valiant attempt to grow our economies in 2019, the concepts of balance and synergy are paramount. Happy New Year!