“Then I said to the nobles, the officials and the rest of the people – The work is extensive and spread out, and we are widely separated from each other along the wall. Wherever you hear the sound of the trumpet, join us there. Our God will fight for us!” – Nehemiah 4:19-20.

Many readers kindly responded to last week’s column on Constitutional Reform which concluded with a proposed smart solution couched in the sentiment of change.

Apart from the fact that constitutional reform is long overdue, readers’ responses included: (1) attempts at constitutional reform have been weak and unsuccessful; (2) university graduates; our future leaders, should be more vocal on public matters;  (3) the effort at a smart solution was plausible; (4) the wider social partnership concept should be endorsed; and (5) town hall meetings should be mounted by the social partners on the subject of governance.

Today’s column proposes Smart Solution #2, which is about developing a Social Partnership in which there is mutual respect for the roles of each partner category.

In my view, the roles of the social partners are as follows:

(1) Government  –  Be  Visionary and take Action regarding regulatory and

service functions; (2) Private Sector – “Do Business” and expand the economy; (3) Trade Unions  – Consult  with workers on enhanced productivity and employers for fair compensation; (4) Civil Service – Support the private sector and general public; and (5) Civil Society Organizations – Lobby for the needs and concerns of their members.

In the early 1990s, a tripartite Social Partnership (government, trade unions and the private sector) was formally established in the face of the Barbados economic crisis. It was initially successful with positive socio-economic impact on the economy.  I had the honour, in 2008, to be commissioned by the Economic Commission of Latin America (ECLAC) to review the impact of the partnership on the Barbados landscape.  This review concluded with the following recommendations.

The ways in which Barbados social compact can learn from the Irish model are many and include the following for immediate action: (1)Evolve into a genuine forum for common understanding and social agreements in the framework of an economic policy conducive to high and sustained growth with social equity; (2)Develop a governance structure where the social compact is a leading consultative force which advises the Prime Minister on an ongoing basis; (3)Enhance the strength and quality of the secretariat as a centre of excellence in strategic thinking and garner the best brains, at least in a consulting capacity, to expedite this process; (4)Establish policies to stimulate economic thrust, based on the knowledge economy, and social cohesion; (5)Shape the social compact into a problem solving forum built on a foundation of vision and consensus; and (6)Seek to achieve progress one objective at a time so that posterity will reflect kindly that their interests were adequately managed.

These recommendations are still relevant ten years later. I think it is time now for a rebirth of the Barbados Social Compact with wider official representation from civil society.  This model may be applied in small states generally. 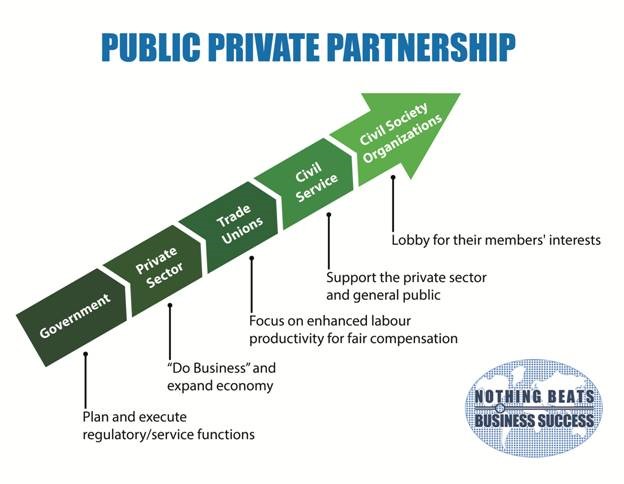 When a political party wins a general election, irrespective of the country’s constitution, this gives the government a mandate to lead the charge and contribute to enhanced socio-economic well being. The two main roles of the government under our existing constitutions are (1) to use the institution of the houses of parliament to create, revise or repeal laws and (2) to provide services to the populace using revenue from taxes and appropriate loans.

A wise government will realize that it does not know it all and will creatively mobilize the resources of political opponents, the private sector, trade unions, the civil service and civil society organizations to make the country the best that it can be.

Let us lend each other a helping hand and extend love as we promote and practise the concept of public private partnership.