WHY AND HOW TO PRIVATIZE – BASIL SPRINGER COLUMN FEBRUARY 13, 2017

The issue of privatization always seems to be a contentious issue.

Governments on the one hand, when they are in need of funds to balance their budgets, often explore the option of selling off appropriate businesses owned by Public Corporations (mainly state enterprises and statutory corporations), so that they can convert this equity into readily available cash.

The private sector on the other hand, desirous of expanding their Private Corporations, are often on the prowl to prey on governments, who are in need of cash, to purchase profitable or potentially profitable government enterprises.

Governments are less likely to lay-off workers, because of the negative political feedback which may affect them directly, hence trade unions often think that their workers are more secure in a public-owned corporation than in a private sector-owned corporation, and often offer resistance to any proposals to privatize.

Last Friday, Barbados Today published what I thought was a well balanced story on privatization based on a presentation made by Barbados’ Ambassador to the Caribbean Community, Robert “Bobby” Morris to a Democratic Labour Party lunchtime meeting series. The headline of the story was “Don’t touch them! Morris warns against selling some state assets”. I regarded the headline of the story as being a bit sensational, even though it may be defended on the grounds that it referred to the specific quote that “some statutory bodies were simply too important to be put in the hands of the private sector”.

What guidelines can we offer to rationalize the issue of privatization?

Coming from a position of peace and love, I think that the whole issue can be simply addressed if we think of the primary roles of the public and private sectors and then apportion responsibility so that these roles are fulfilled in the best interests of the nation.

There are services for which the government is exclusively responsible and for which funds are raised through grants, taxes and loans. These services include health care, education, child care, sports, elections-related activities and welfare.

Governments also provide incentives to attract local and foreign businesses in their thrust to grow the economy and generate more taxes. The private sector raises its own funds and sets about growing the economy assisted by a favourable enabling environment.

There are services, including hospitals, transportation, public utilities which may attract paid revenue but which may not be sufficiently profitable to justify private sector investment but could benefit from private sector management. Government has a responsibility to invest in these enterprises.

In this context, I would like to propose the Trust Corporation as the appropriate model.

“TRUST CORPORATION” means a company licensed under the Financial Institutions Act Cap 324A of the Laws of Barbados to carry on business as a trust company.

In this way, Government (on behalf of the people of Barbados) can participate in the capitalization of the Trust, exclusively or with the private sector. The Trust has private sector Trustees which govern it and is responsible through a line ministry to the Cabinet of Barbados. The management is private sector led and reports to the Trustees.

My proposal is based on practical experience in the design and management of such a Trust. 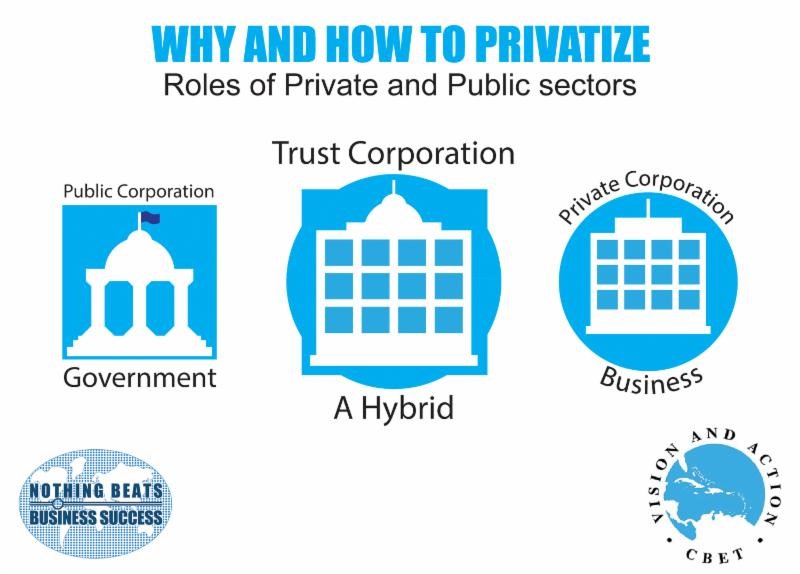 Let us seek Divine guidance and introduce strong public and private sector corporate governance guidelines which should be developed and followed day after day until the end of time.