“Commit to the Lord whatever you do, and he will establish your plans.” – Proverbs 16:3

In a recent MPE Caribbean Tourism Authority dispatch, I echoed the Florida-Caribbean Cruise Association’s (FCCA) call to develop attractions and activities to respond to the influx of cruise visitors expected to the region this winter season and beyond.

We need to act immediately to present creative, customer-focused experiences for consideration by the cruise lines so their call is answered.

About a week ago, I visited a Ferris wheel in the outskirts of Dallas at my granddaughter Anya’s request. The impressive Ferris wheel cabins seated six to eight adults comfortably.

After an engaging 20-minute ride of five revolutions of the wheel, which afforded panoramic views of the surrounding areas at differing heights above ground, we were thoroughly satisfied with the experience and wondered off to enjoy the rest of the day.

My son Bevan suggested that Barbados could be a good Caribbean location for such an attraction.

My vision is to create an entertainment park centred around a Ferris wheel with many other attractions to lure tourists and residents alike.

The investment in an entertainment park is modest enough that Rihanna and Jason Holder, for example, successful Barbadian entertainers in the global music and cricket industry, respectively, could be approached to help drive investment in their island home.

However, there is no reason why the investment should be restricted to Barbadians. Other regional icons, local corporate investors, investors in the Diaspora and traditional foreign investors could be approached as our nation contemplates its future prosperity.

An innovative investment fund should be mounted to manage the risk of similar innovations.

Other prospects for the new entertainment park could include branding the facility with the names of super stars and showcasing the diversity of musical and cultural talent in the Caribbean. This facility can be promoted aggressively by the cruise industry long before the ship reaches the destination and concerts at the park could be scheduled to capture the thousands that disembark when the ship docks. Imagine the festive atmosphere!

A strategic visionary retreat should be mounted to flesh out the idea, a feasibility study commissioned, an entity “Rihanna’s new entertainment park”, say, established and then the investment portfolio activated.

Local “DNA of an Elephant” ideas should be invited, shepherds trained to support life coaching of the entrepreneurs involved as well as to engage them in business mentoring experiences to boost the profitability of the entity. Local value-added should be the name of the game, jobs will be created and solar energy will be the power source.

This facility will be state-of-the-art to reflect the mandate of excellence, and training will be predominant to take a leaf out of the Sandals corporation playbook.

The new park will continually renew itself with innovative intuitive projects to nurture its sustainability.

Maybe the crowning glory is to name the park after Rihanna, Jason Holder or another of our impressive young stars who are invested in the socioeconomic development of our nation. 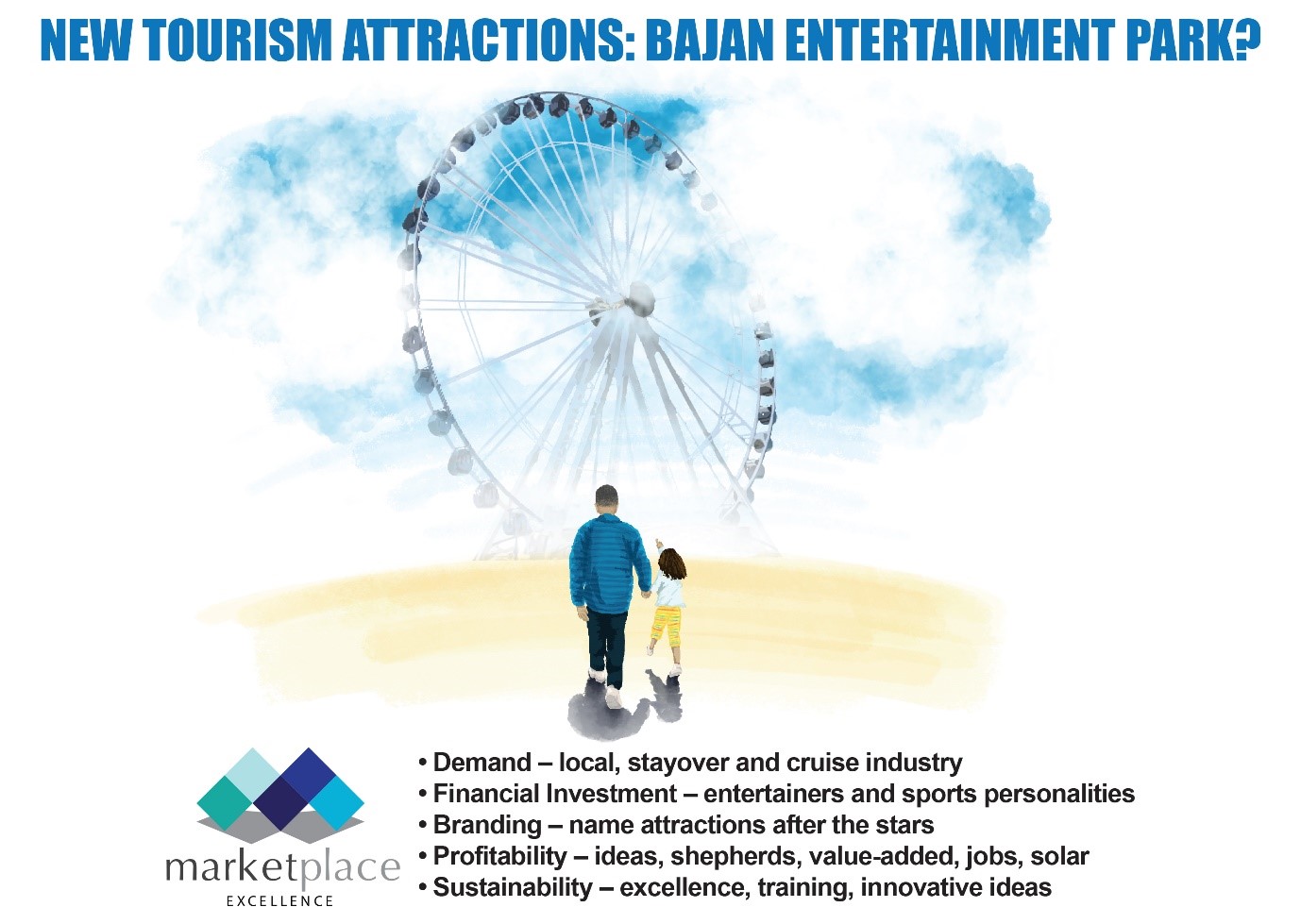