“And now abide faith, hope, love, these three; but the greatest of these is love.” – I Corinthians 13:13

We must exhibit a proliferation of faith, exude positive vibes of hope and, above all, infuse a deep feeling of love for all around us and in all that we do. What is love?

“Love is a many splendored thing”, which incidentally is the title of the first movie I attended. It was showing at the Globe cinema in Barbados circa 1956 and Leila Cozier, my aunt-in-law, was my chaperon.

Two of the strongest human motivators are fear and love. Fear can take us to a place of anxiety and panic, whereas love can bring us growth and healing.

Here are the issues at the top of our agenda.

There have been many attempts, from CARIFTA to CSME, at free trade and CARICOM unity. Some progress has been made but the ‘E’ in CSME is silent. Solutions to carbon neutrality, food security, rationalized industry and a common currency are yet to be clearly voiced and implemented. There have been a few hugs but certainly no ‘pandemic’ of love.

CARICOM gave its blessing to the sunset legislation proposed for ICC Cricket World Cup 2007 and as people moved freely throughout the community it appeared as if CARICOM countries were one national entity. Sadly, there has been no further progress. This and the convenience of “taxing inputs” have inhibited the development of a sustainable regional carrier. The love was short-lived.

In 2023, the University of the West Indies will celebrate its 75th anniversary. UWI will be mounting a capital enhancement campaign which will build on its growing reputation for excellence (as evidenced by its recent superb performance in regional and global rankings) in education, training, research, patient care, and, more recently, reparations. As a UWI alumnus of almost 60 years, I would advocate that we shower extensive love on the institution to nurture its future growth and sustainability.

The West Indies cricket team were T20 world champions in 2012 and 2016, under St. Lucian captain Daren Sammy. Now in 2022, supporters of WI cricket are faced with the embarrassment of the WI team not making the final 12 teams of the current ICC Men’s T20 World Cup tournament. This is the latest manifestation of the decline in West Indian cricket.

Many writers have shared solutions over the years but many of them have been ignored. It is my view, that the performance of West Indies cricket remains the victim of the lack of adherence to basic governance principles, which are yet to be addressed.

West Indies cricket supporters at home and abroad are disenfranchised. They do not have the right to vote for the governing body of their beloved sport. If this were corrected, then there could be a chance to draw from a wider pool of leadership among the new membership.

“Fire in Babylon” is a 2010 British documentary film about the record-breaking West Indies cricket team performances of the 1970s and 1980s. We should be inspired by this as a driver to stimulate love for the future.
It was very heart-warming to read about the love that was shared among Caribbean tourism players who recently attended three major face-to-face tourism conferences in the Caribbean. The Caribbean Hotel & Tourism Association’s Caribbean Travel Marketplace in Puerto Rico (hotels and tourism-related businesses); Caribbean Tourism Organization Business Meetings and IATA’s Caribbean Aviation Day (tourism development and air transportation) in the Cayman Islands; and the Florida-Caribbean Cruise Association annual conference (cruise tourism) in the Dominican Republic.

The reports coming from these meetings and across the sector indicate that recovery in tourism arrivals and expenditures after the height of the pandemic has been good but another potential plague, which inhibits further growth, is airline seat availability into and within the Caribbean.

Love has also been defined as the ability to benefit others at the expense of self. We need a huge injection of love across our region, especially for our Caribbean institutions, and our leaders across the public, private and nonprofit sectors.

By strengthening relationships and embracing love, we in the Caribbean can do a splendored thing. 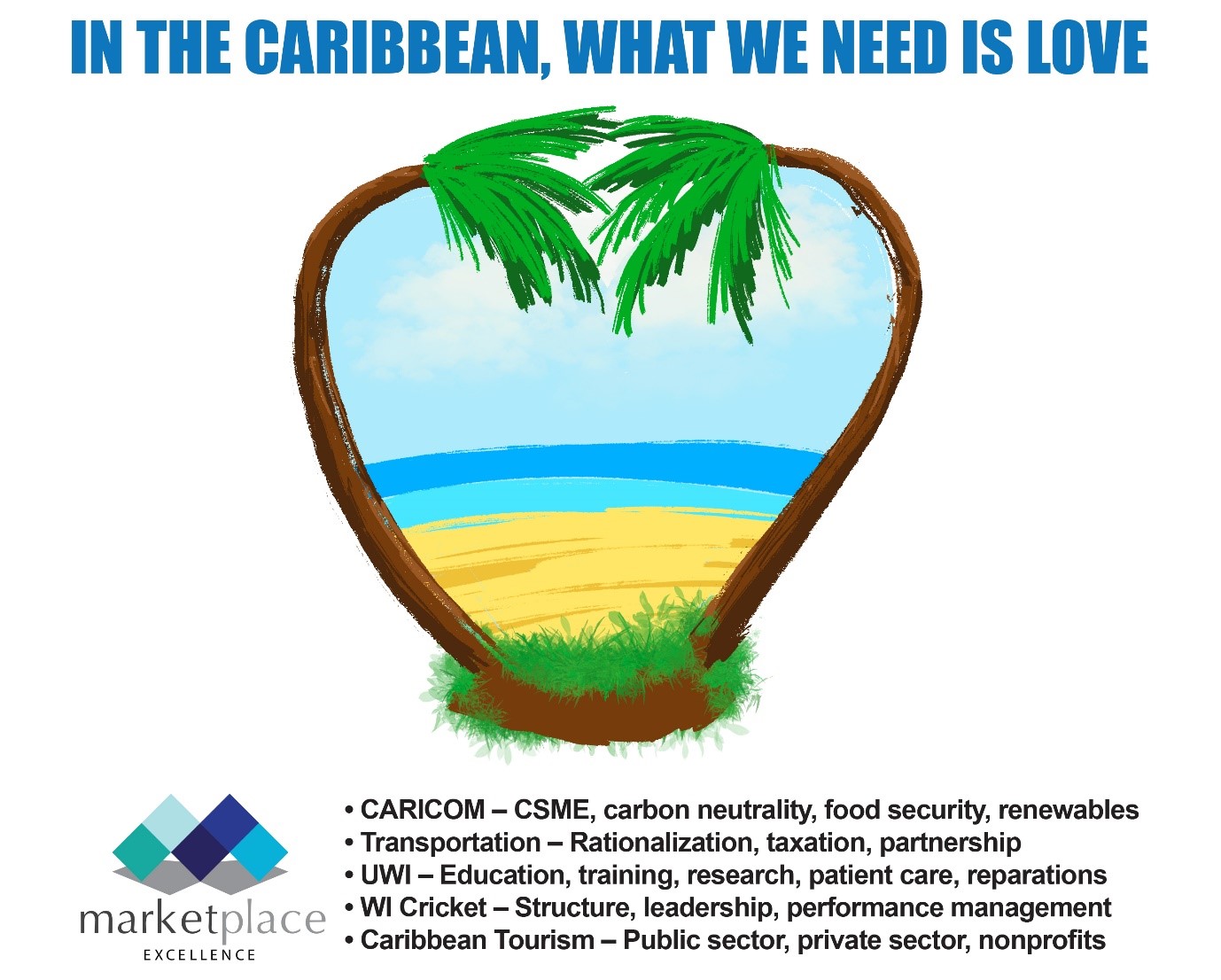