“For He will command His angels concerning you to guard you in all your ways.” – Psalm 91:11

Tuesday, July 5, 2022 marks the 80th anniversary of the birth of my colleague and friend the late Professor the Honourable Oliver Headley who passed away over 20 years ago.

We worked on many solar distillation, solar drying and photovoltaic projects from 1969 until the week before his passing. If he were here today to observe the achievements in and potential for Caribbean renewable energy projects, he would be at his effervescent best.

Renewable energy sources include solar, wind, biomass, ocean, geothermal and hydro, and significant progress is continually being made on each front as we face the climate change challenge.

In particular, he would be ecstatic in supporting the vision of the Barbados Prime Minister Mia Mottley to have each roof in Barbados covered with solar panels, which she articulated at the recently concluded Summit of the Americas.

On Wednesday, July 6, 2022 I celebrate my 81st birthday, deo volente, and the 29th anniversary of my weekly column.

Given the relatively rapid pace at which my contemporaries are leaving this Earth (seven in the last two months), I resolved this week to follow the examples of my late mother, Rita Springer SCM, and my late wife Kean Springer to embark on writing projects before time runs out.

In 2001, at the age of 87, Mummy, who was affectionately known as “Rites” (pronounced REETS), completed a Travelogue of Memoirs.

Kean, on the other hand, weaved her background of music and literature to create a book, published in 2008, in celebration of the life and times of my uncle, the Right Excellent Sir Hugh Springer.

My effort will be focused on chronological refection and a legacy of “Key Takeaways”.

One solution for those concerned about the future of our lives is offered by Dr. Harry Ramnarine, of the Ishtara Centre in Trinidad, who encourages his audiences to “tune into a new energy field” in search of an extended quality of life.

I have travelled by schooner, fishing boat, banana boat and airplane since I was a boy scout in the 1950s; then for study, on the job, family vacations and international assignments. Travelling refreshes the mind.

I have flown in two seaters to airbuses and my body has taken the stress of traveling for granted over the years. Early flights, late flights, waiting for connections, dashing through airports, just reaching the gate before the door closes.

Fortunately, only once did I miss a flight when I fell asleep in the departure lounge and woke up to be told that my flight had just departed. Those familiar with my soporific interludes surely would expect these occasions to be more frequent.

The past few years have been remarkable, consisting of COVID-19, stay-at-home advisories, a new lifestyle, airport closures, and pent up demand for travel. Also, vaccination, hand sanitization, mask wearing, and social distancing. Travel has now resumed with a difference – concierge services, travel passes and PCR tests. It is not as easy as before, how will the body react?

In early February this year I traveled to visit family in Dallas with a change of plane in Houston. I made it to the gate with one minute to spare and the body did not respond very well. There must be a better way.

Well, I was advised to seek wheelchair assistance on these trips. Who me, not me … that is for old people! Then I realized that I have now assumed that status.

Last week I was on a repeated family visit. My wheelchair request was confirmed. It was a dream of an experience and there was a renewed desire to travel and learn.

Let us continue to unlock that human potential as we travel along the discovery spectrum – data, information, knowledge, understanding, insight and wisdom – guided by the angels in heaven, and inspired by the angels who have crossed our paths while unaware. 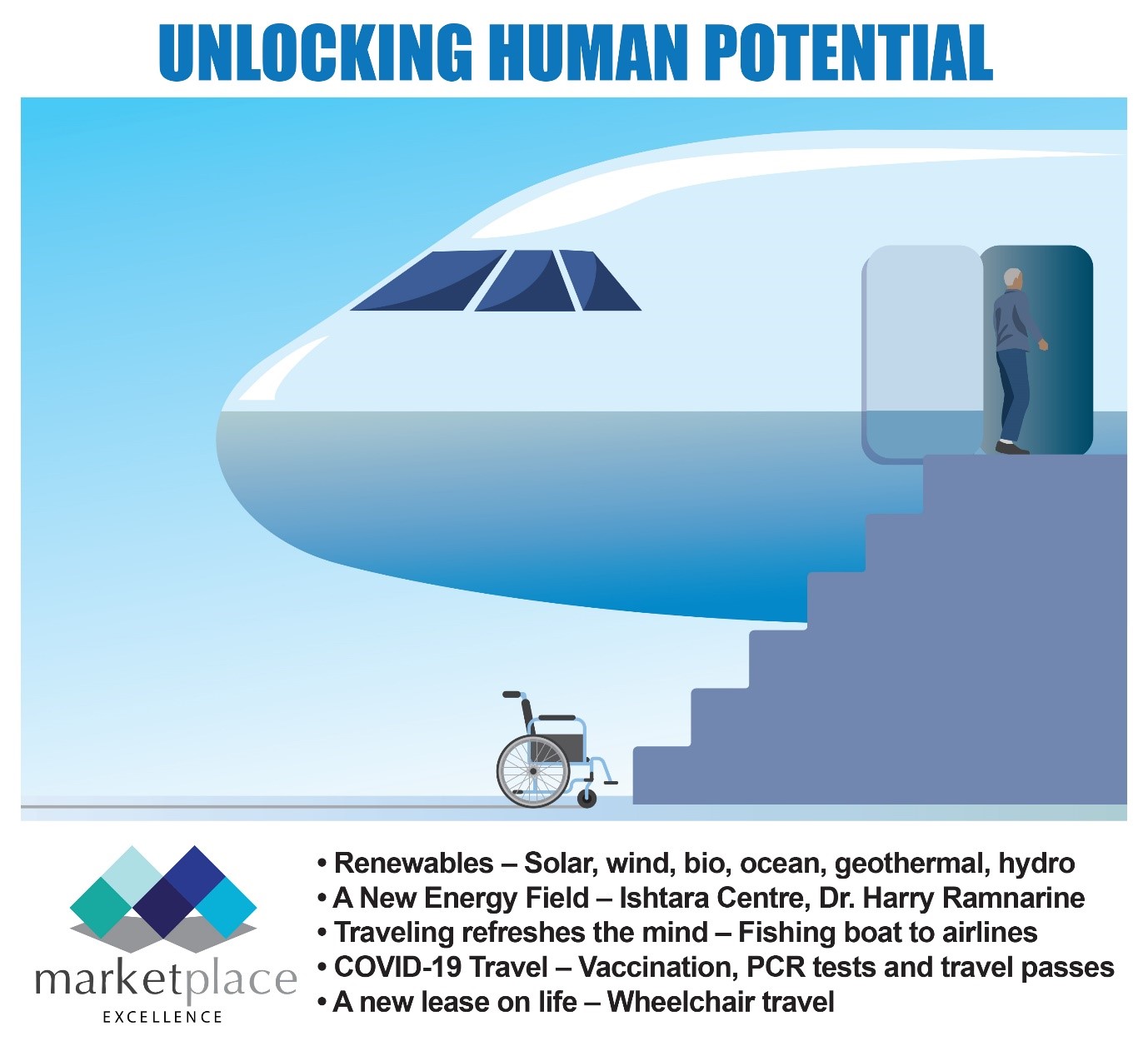