I was privileged to have been asked by the family of the late Hewley Lyte Hutson to give the eulogy as we celebrated the life of my friend of almost 72 years on Friday, May 6, 2022.

This reflection was an emotional experience for me and I was gratified by the family’s expression of appreciation that “it painted a true picture of Hewley’s life.”

Hewley’s passion to practise pharmacy was undoubtedly inspired by his father, Holborn Lyte Hutson, who was a pharmacist and owned his own drug store in Tudor Street in the heart of Bridgetown.

The senior Hutson sowed the seed of entrepreneurship in the Hutson family and Hewley and his two daughters (also pharmacists) have taken this business concept to another level through efficient succession planning.

The original drug store concept has been nurtured over three generations and today the value proposition of the family business has innovatively morphed into and embraces not only retail dispensing and front store services but also import, wholesale and re-export innovation.

The Hutsons have consulted widely at every step of the way and have reinvested profits to grow the business and to support a diversified long-term real estate investment strategy to hedge against any fluctuating fortunes in the marketplace. Fortunately, whereas COVID-19 has dealt a devastating blow to businesses in many sectors, the medical and pharmaceutical sectors have remained stable.

Hewley had a grey patch in his hair, his lucky charm. His widow Marcella has confirmed recently that he was a very lucky man. Good luck blew his way on many occasions but because he had a vision, he, his wife and later his children and a team of professionals were prepared to take calculated risks, backed up with hard work and timely investment to pounce on the opportunities presented and turn them into commercial realities.

His example, his influence and his success no doubt played a great part in his daughters’ career decision paths. They both became pharmacists and established a diversified import/wholesale pharmaceutical business of their own.

This was a brilliant independent, innovative and disruptive step which created minor waves in the traditional local business practice.
The Hutsons through their pharmacy enterprise and real estate development initiatives have created jobs, which have contributed to the circular flow of money, and directly and indirectly contribute to government revenue all of which fuels economic growth.

The family is the basic economic business unit in society. Hewley has inspired the creation of wealth for his family. Hewley has set an example as to what needs to be done family by family and country by country to expedite economic growth in the region. Let this example guide entrepreneurs along the journey to business success.

Let it be an example to Export Barbados and the Caribbean Export Development Agency how micro-, small- and medium-sized family enterprises should be nurtured to contribute to the development of Caribbean economies.

In my opinion, Hewley is certainly a strong candidate for an “Unsung Hero” award for his contribution to building a family legacy, entrepreneurship, economic investment and service to the community.

He was a blessed man, but moreover, a blessing to me, his family and countless others. 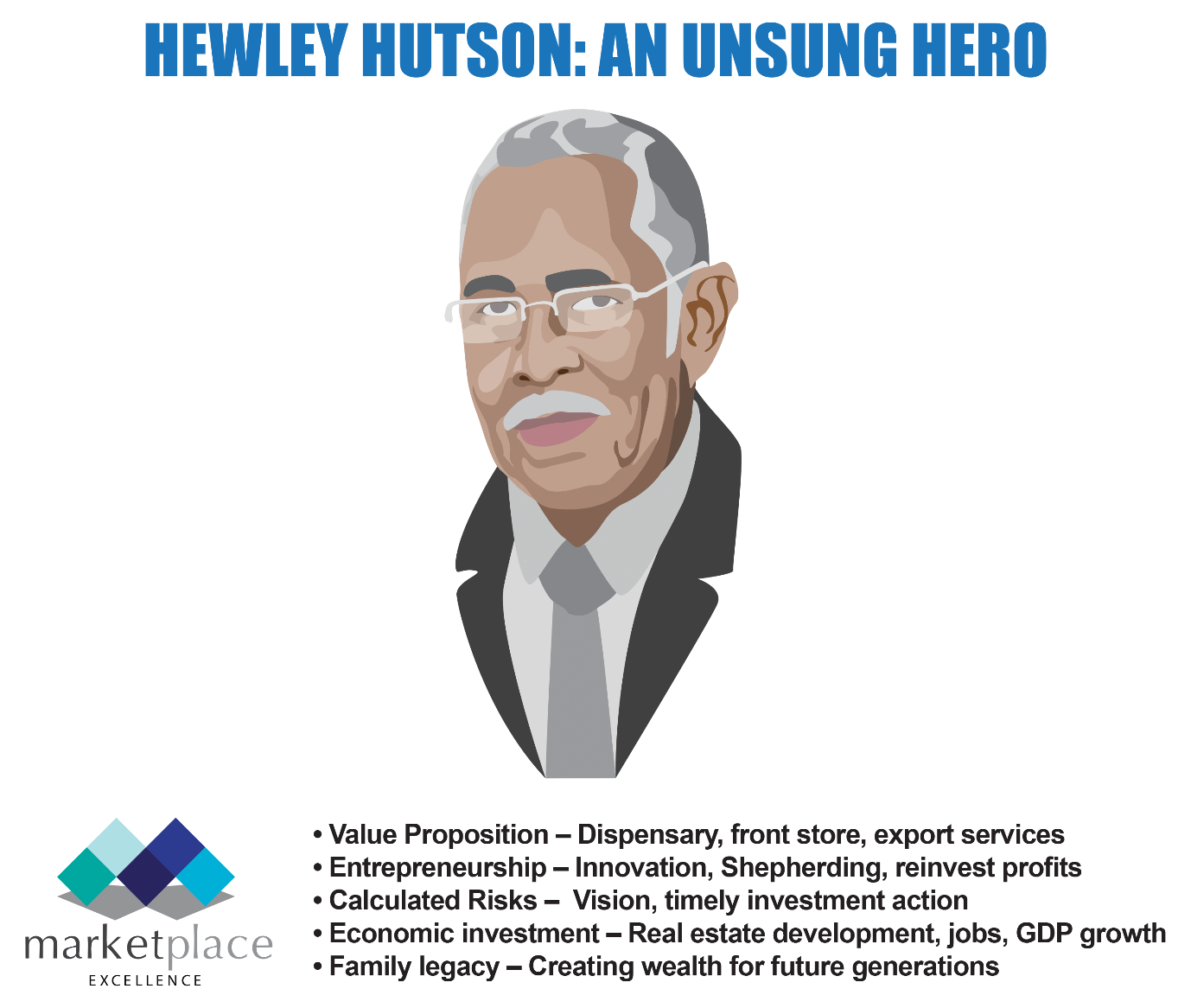