“This people draweth nigh unto me with their mouth, and honoureth me with their lips; but their heart is far from me.” – Matthew 15:8:

St. Lucian Nobel Prize winner Sir Arthur Lewis posited (circa 1950) that “… in the West Indies islands, it is not the case that agriculture cannot continue to develop if industry is developed, indeed they reinforce each other.”

By extension, 72 years later we can further posit that in CARICOM, it is not the case that agriculture and industry cannot continue to develop if digitization is developed, indeed they reinforce each other.

In CARICOM countries we are faced with feeding local populations, our visitors, and we can exploit the export market for exotic Caribbean foods.
Food security, timely food supply and delivery to all markets, is facilitated by agricultural development.

The basic resources of arable land, sea and technology are available in CARICOM even though climate change, the COVID-19 pandemic and more recently the Russia-Ukraine war are external threats which have and will inhibit progress on the path towards food security.

In response to major labour protests and rebellions which swept across the Caribbean between 1934 and 1938, The Moyne Report was published by the United Kingdom at the end of the Second World War and addressed many issues, including agricultural development.

Why then do we not have a comprehensive coordinated programme for agricultural development in the Caribbean rather than a piecemeal approach by territory? The answer is that lip service only is paid to the issue of food security.

There have been no sustainable solutions for agricultural development in the past 77 years and many billions of dollars of national and donor funds have been wasted.

I reflect on a company called the Global Business Innovation Corporation (GBIC), registered in the U.S. in 2015.

The principals who organized around this endeavour included Guyanese-American Dr. Owen Carryl (an Open Innovation Expert); Caribbean-American communicator Bevan Springer (Public Relations and Marketing); Brazilian Diego Bolson Ruzzarin (a Food Design Expert); and me (Shepherding for MSMEs).
The establishment of GBIC resulted in the birth of the Caribbean Food Business Innovation Revolution (CFBIR), a market-pull initiative. It was launched in Trinidad and Tobago in 2015 to a packed house. The presentations captured the interest of the audience as to how food and beverage manufacturers could quickly gain access to the U.S. market, in particular, with products which were appropriately developed to satisfy the needs of U.S. consumers.
I was privileged to have been the official observer for Marketplace Excellence (MPE), on behalf of Caribbean Media Partners (CMP), at the launch of Caribbean Export Development Agency’s 2021 Annual Results Report at the Barbados Hilton Hotel earlier this month.

MPE and CMP were responsible for sharing the news from this event to regional and global audiences. CARICOM Secretary General, Dr. Carla Barnett, congratulated Caribbean Export – the agency tasked with supporting private sector development in the Caribbean – for focusing on delivering practical results.

She saluted pioneers working across the green economy, creative industries, and agriculture, which she described as a critical area where investment is needed to build food security.

It was my first appearance at an official in-person event for the two years of restrictions due to COVID-19 and I was very happy to be reacting once again with the Caribbean Export hierarchy.

There resides great partnership potential between the above-mentioned entities to help revive food security throughout CARICOM, CARIFORUM, the OECS, and elsewhere across the region.

I shall remain inspired by the late Reverend Martin Luther King Jr., who once stated that “change does not roll in on the wheels of inevitability, but comes through continuous struggle.” 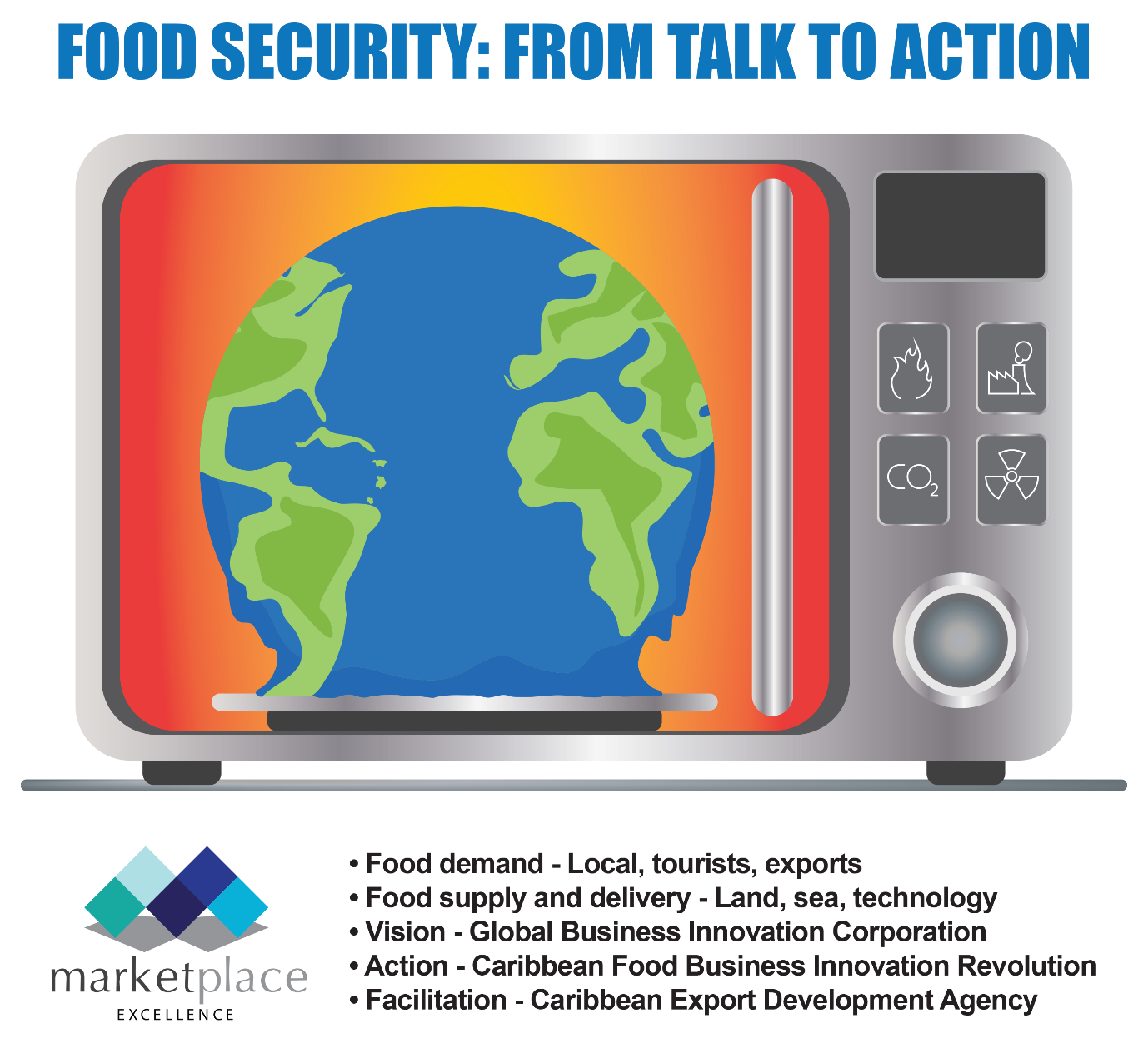