Two Sunday nights ago I was invited to participate on Irwine Clare’s IRIE JAM RADIO show in New York.

Irwine, an award-winning community leader and communicator in the Caribbean Diaspora, shared that he was impressed by the leadership and communication skills of Prime Minister Mia Mottley since she assumed the mantle three and a half years ago. He likened her to a reincarnation of Joshua, the leader of the Israelite tribes after the death of Moses.

I shared my view that she is a brilliant, outstanding, exemplary Caribbean leader “who cares”, the likes of which is a once in a lifetime experience.

She is fearless and forceful and often quotes the Right Honourable Errol Walton Barrow, the first Prime Minister of Barbados: “We’ll be friends of all and satellites of none.” The world is her oyster.

We discussed the impact that she had at the recently concluded COP26 in Glasgow at which she eruditely and comprehensively analysed the issues and made succinct proposals for addressing climate change. She charged that if immediate action were not taken it would accelerate the demise of the most vulnerable states.

Irwine was surprised that Barbados (historically called Little England) had so seamlessly cleared the way to become the Republic of Barbados on November 30, 2021, thus renouncing the Queen of the Commonwealth as its head of state and replacing her with a Barbadian. He asked me what that meant to me.

As a teenager, I remember questioning my father: “Is it not a waste of resources to have a premier as the head of the government and a governor too?” He explained that whereas it is the government’s responsibility to provide services that individuals cannot effectively provide for themselves, the role of the governor as the head of state is a ceremonial position representing a symbol of national unity for the people – a position that I should recognize and respect.

As Barbados establishes itself in the international community in search of international partnerships to provide a safety net and responsive support in times of crisis it must do so as a strong unified entity without the dangling tails of her colonial past.

Apart from its location in the Caribbean Sea, the territory of the United States Virgin Islands shares an ethnic, cultural, culinary, musical history with other Caribbean states. The one big difference is that USVI was purchased by the United States of America from the Danes in 1917.  The United States federal government is the Territory’s safety net and responsive support in times of crisis.

The Republic of Barbados will now continue her most recent initiatives to seek “godparents” in this regard by reaching out to resource rich African countries with whom she has an ethnic link and to Great Britain, seeking financial reparation for the wrongs during slavery.

Mia Mottley talks unity in spirit and togetherness, and she continually appeals for “all hands on deck”. The status of republic with a local head of state will augment that pride and internal spirit as we pivot into the rest of the world.

This should be revisited and implemented and could well be part of the godparenting solution. 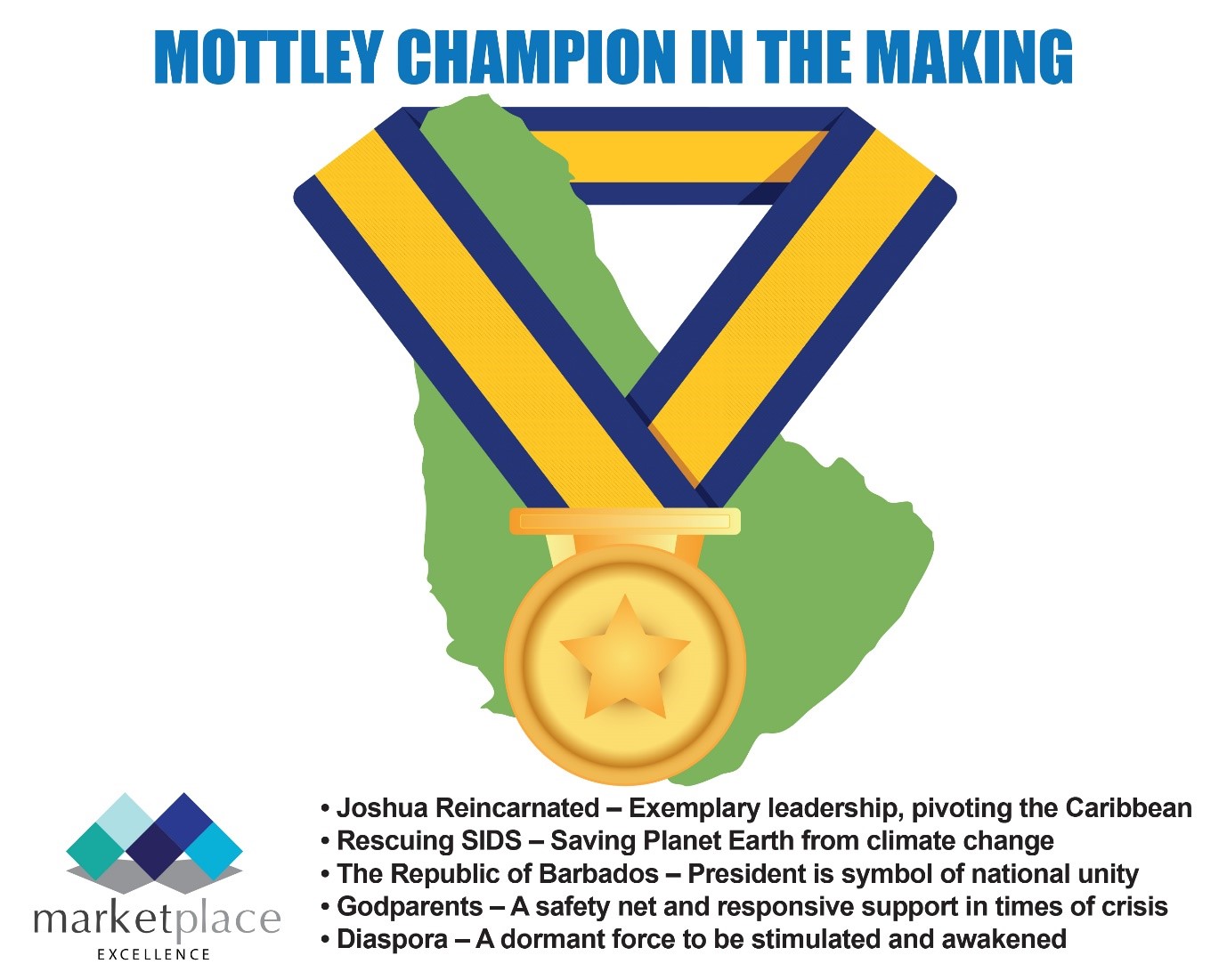 Basil Springer GCM is a Change-Engine Consultant. His email address is basilgf@marketplaceexcellence.com. His columns may be found at www.nothingbeatsbusiness.com)