“I appeal to you, brothers and sisters, in the name of our Lord Jesus Christ, that all of you agree with one another in what you say and that there be no divisions among you, but that you be perfectly united in mind and thought.” – 1 Corinthians 1:10

Many of us were brought up to believe that it was common sense if we: (1) worked together as a family, a nation, a region, in order to strengthen the bonds between us and contribute to a greater mutually beneficial quality of life; (2) became vaccinated in the face of a pandemic, in order to eradicate the disease and reduce the loss of lives and livelihoods; and (3) deposited our savings in the banking system in order not only to grow our savings but also to borrow against total deposits for special projects.

The spirit of these three examples was captured in a Kamala Harris tweet in July 2016: “Our unity is our strength, and our diversity is our power. We reject the myth of us vs. them. We are in this together.”
The situation today is that the standard of common sense has been compromised.

We are fighting against one another, a global anti-vaccination movement has emerged, and we now have a banking system that has lost its way.

Speaking at a luncheon in Barbados last Wednesday, Mia Mottley, Prime Minister of Barbados, was firing on all cylinders as she opined that commercial banks should stop locking down money but creatively free it up for development.

Her target was the commercial banking system, the repository of corporate, individual, and credit union surpluses. She said: “Banks are intended to be in the business of financial intermediation not security. If I wanted a watchman for my money, I would go and hire a security guard.”

She left her audience in no doubt that the commercial banking system had missed its responsibility as a financial intermediary: “If we want money to work for the financial services sector and for national development, then we need to appreciate that a loan to deposit ratio of 55 percent, when the developed world has ratios of 80 percent, tells me that we have people here who are watching people’s money rather than working people’s money.”

She continued that the Barbados government would have to impose adequate legislation if the banks do not get it right: “It cannot be that we are going to sit idly by and allow persons to abandon their purpose of financial intermediation and to go into the business of security.”

She concluded: “I have advised the Governor of the Central Bank that if we do not get it right, then the Government will legislate because it is not fair to the people or the businesses in this nation.”

Now I understand what the late Governor of the Central Bank of Barbados, Sir Courtney Blackman, meant when he often repeated that however you describe the role of a central bank remember that it is a creature of the Minister of Finance.

My specific proposal to the commercial banking system is to think outside the box and recognize that the biggest opportunity for economic growth is through entrepreneurship and the enterprise development sector. A loan, the traditional banking instrument, is not appropriate for this sector and must be replaced by an innovative combination of seed, equity, venture and working capital instruments.

I have researched and written about this for the past 20 years and hopefully, with some smart investment disruption, it will come to fruition soon. 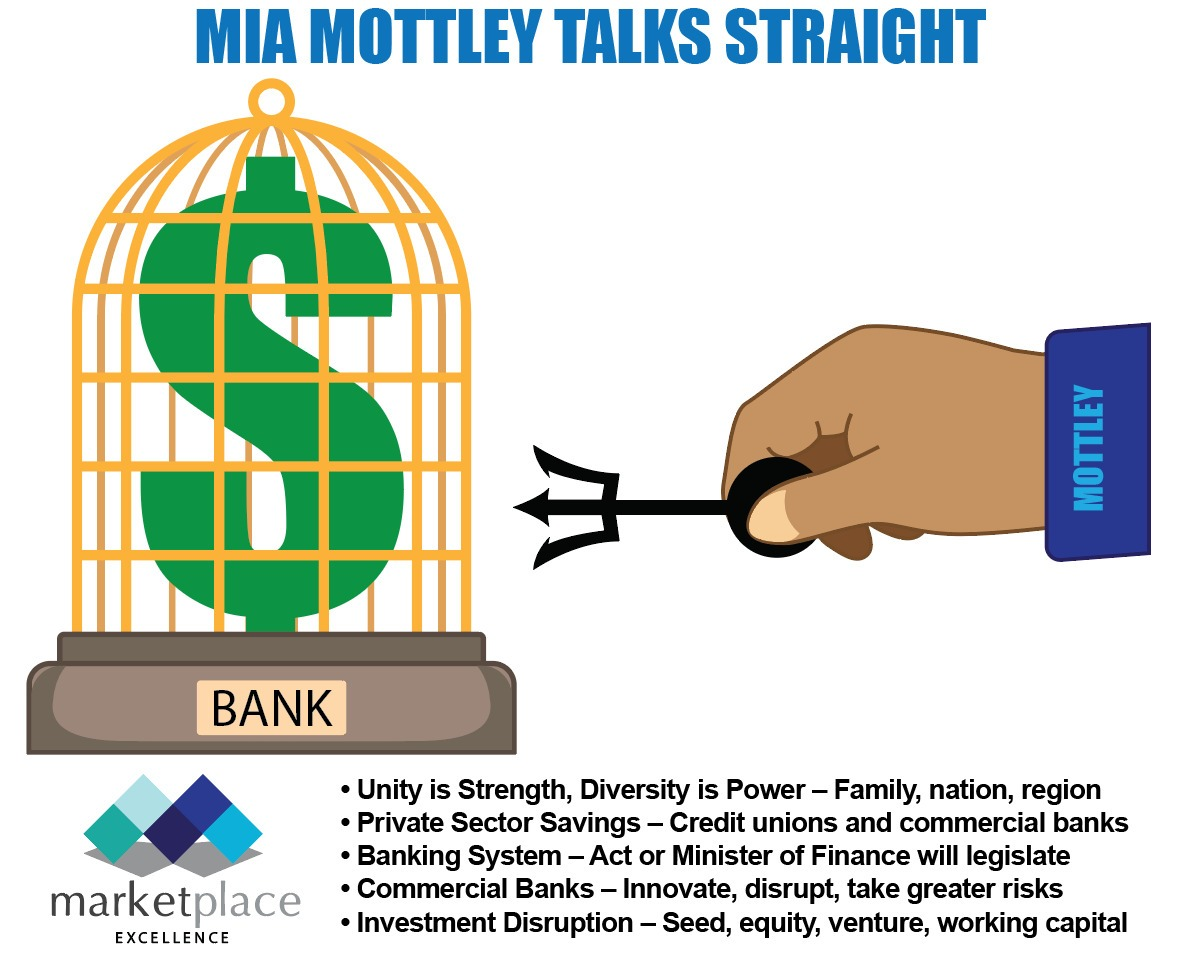