The nation of Barbados prepares to pay its last respects to Professor the Right Honourable Owen S. Arthur.  As so many others have done who have crossed his path, I humbly contribute to this wave of tributes to a stalwart who has served steadfastly towards our country’s and the Caribbean region’s development.

He leveraged his God-given resources and, through scholarship, pulled himself up by the bootstraps and reached the pinnacle of political success.

Political analysts may say that he was lucky to become prime minister as early as he did since there were other more senior contenders in his party for that position. The ravages of internal party politics intervened and presented him with an opportunity which he grabbed with both hands. Luck is often defined as the intersection where talent meets opportunity.

He built on the example of many other local political leaders to correct the inherited inequitable wealth distribution in society by introducing disruptive innovation policies towards a clear national economic vision for small states.

He recognized, as a committed regionalist, that the sustainable solution for the small states and coastal communities in the Caribbean is based on “unity is strength”. He gave his full support for the the UN Global Conference on the Sustainable Development of SIDS which was held in Barbados 1994, resulting in the Barbados Programme of Action.

In recent years he positioned himself to share his knowledge and experience with the society which nurtured him. His appointment as Professor at the University of the West Indies and his acceptance of the Chairmanship of LIAT are examples of his ongoing commitment. Gone too soon!

Our paths first crossed when Owen Arthur became Prime Minister in 1994 (at age 45), when he invited me to be Deputy Chairman of the Barbados National Bank (BNB). I served with Dr. Grenville Phillips, as Chairman, and a professionally diverse set of directors. The BNB was hemorrhaging to the extent that not many were optimistic about its survival and the mandate was to reverse the trend.

The Prime Minister gave the Chairman a free hand with minimum political interference. The board appointed Louis Greenidge as Managing Director and delivered on the mandate. Not only did BNB survive but by 2003 Republic Bank of Trinidad and Tobago acquired a 57.23 percent majority shareholding in BNB. The rest is history.

In 1996, Owen Arthur invited me to be the Chairman of a fledgling Barbados National Productivity Council and the board appointed John Pilgrim as Executive Director, a post which he held until 2019 when the Barbados Economic Recovery and Transformation (BERT) programme was established. I served as Chairman until 2001.

I will always treasure the opportunity to serve and gain experience at these organizations.

On a lighter note, I found it fascinating that whenever I met with the Prime Minister, he would always greet me with the flattering appellation of “Young Springer”, even though I was chronologically more than eight years his senior.

May he rest in peace! 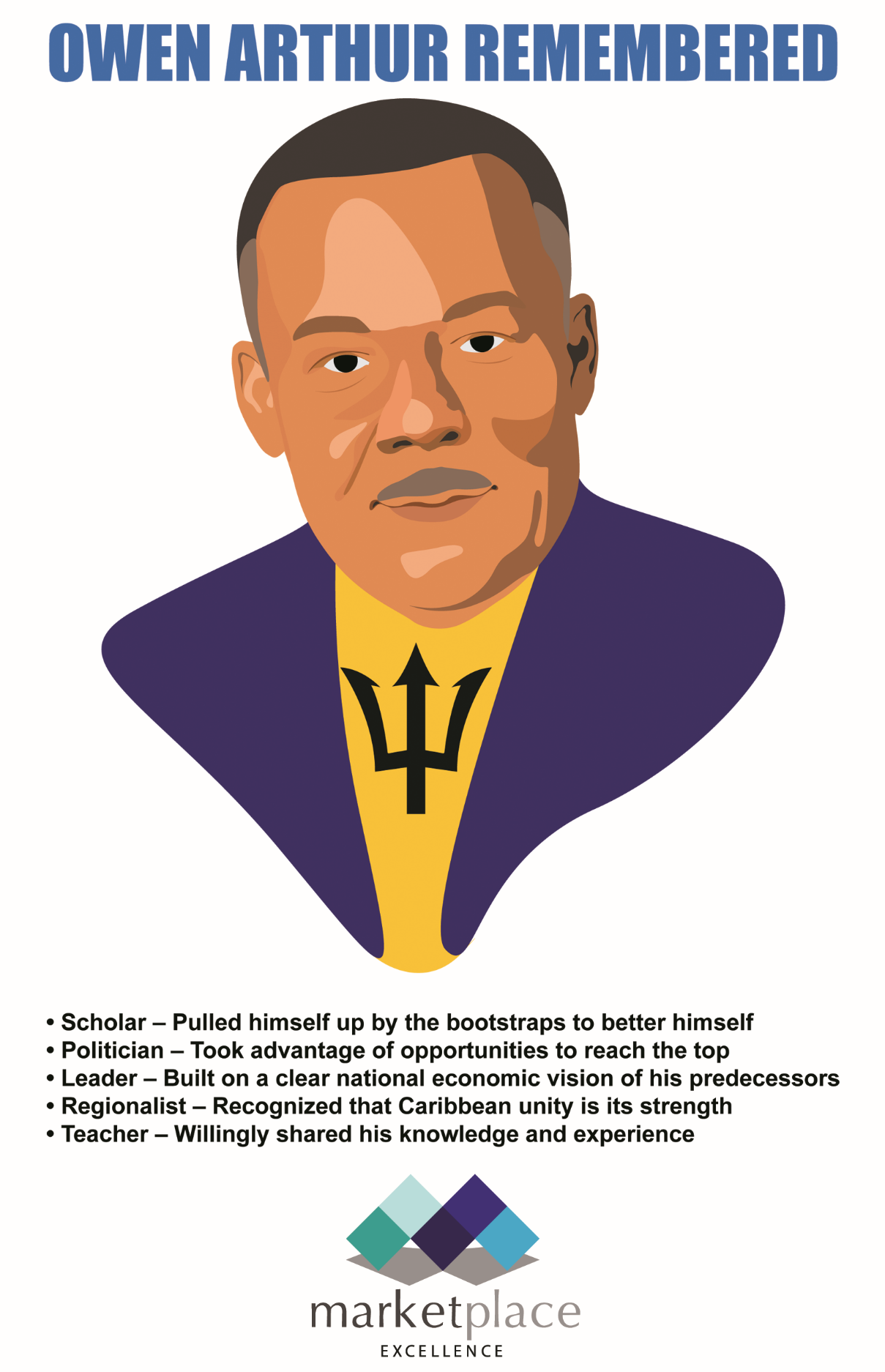