It was only just over 100 years ago, on January 1, 1914, when the world’s first scheduled passenger airline service took off. Since then, air travel has been taken for granted. In the interim, the world has experienced World War I, the Spanish flu, the Great Depression of the 1930s, World War II and the 2008 financial crisis. Advent COVID-19 and we find that the world’s passenger airlines have been grounded and some will never return.

There is a familiar saying “when America sneezes, the world catches a cold.” Such is the nature of global leaders, which other nations tend to follow. The economies of the Caribbean have been bonded with America for the most part, in terms of policy, social norms and economic dependency. As vulnerable small island states and coastal communities, we must act swiftly and diligently to effect change as we face the new post-COVID dispensation.

We require a Sea-Change to be effective. An article, “Sea-Change is needed” (https://nothingbeatsbusiness.com/2011/05/a-sea-change-is-needed/), which I penned about 10 years ago as a recovery strategy in the wake of the 2008 financial crisis, is relevant today. Like in the financial crisis, a Sequential Evolutionary Approach (SEA) syndrome is needed to effect change today.

COVID-19 is not like a traditional world war. It is not like a hurricane, earthquake or tsunami. It is a virus that attacks the human body and is aggressively transmitted from human to human. It is a public health disaster. In the absence of a vaccine, it has the potential to destroy homo sapiens. That is the worst-case scenario. The best case scenario is unknown, but what we do know is that it will not be business as usual.

The adopted management strategy to reduce the spread of the disease and mitigate the death rate has been to close borders of countries and ask people to stay at home. This has been effective, but it has resulted in company closures at all levels of the economic gearing system (large, medium and small). Unemployment levels have soared, and economies have plummeted, threatening to induce a recession.

The recommended health protection and recovery systems have been to strengthen the immune system, adhere to physical distancing and practise personal hygiene.

The recovery process is a balancing act between saving lives and protecting livelihoods. The adopted optimal strategy is to restart the economy in phases. In each phase, attention is paid to the impact on the continuing spread of the disease and on the economic recovery of the nation. The intelligence gained will inform the length of Phase 1,  the length and direction of Phase 2 and so on.

This phased implementation approach must be led, in social partnership, by the government whose responsibility is to establish a policy framework in which a user-friendly enabling environment can be mobilized. The private sector is the major investment vehicle to kick-start the economy, and service clubs will provide an avenue for individuals to make their contributions.

Now more than ever, we need all hands on deck as we battle the rough seas ahead. 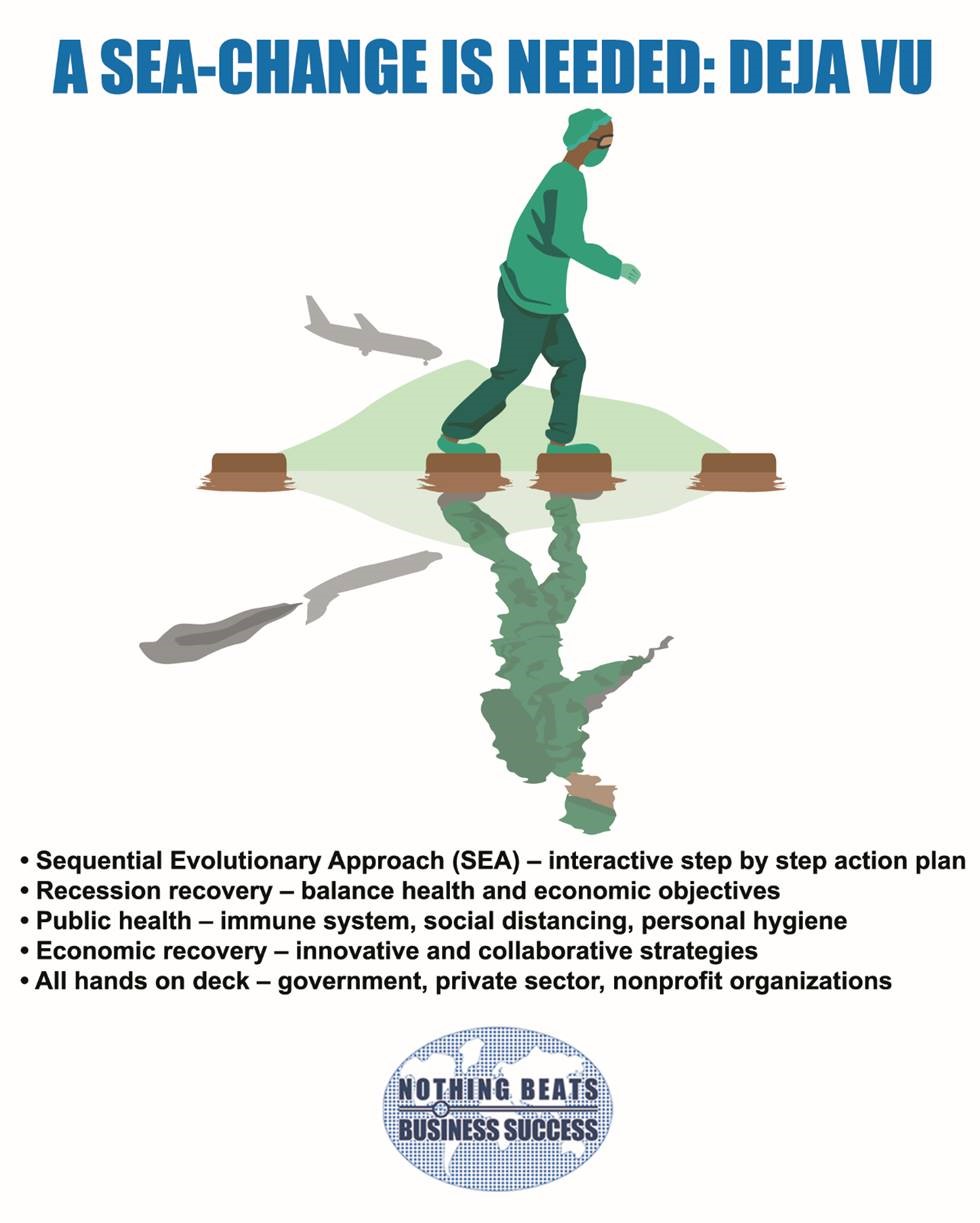