“For we are God’s handiwork, created in Christ Jesus to do good works, which God prepared in advance for us to do.” – Ephesians 2:10

In 1964, Uncle Errol and Aunt Carolyn attended our wedding in London, England. They were in Scotland on government business and made it just in time to advise the small gathering why he made a special effort to attend. In his inimitable quizzical style, he stated: “My father and Basil’s grandmother spent a lot of time in prison.”

He then continued: “I should allay the fears of any strangers who were about to question the company they were in, by advising that my grandfather, Basil’s great grandfather, was superintendent of prisons in St. Vincent at the time.”

It was indeed a very proud moment for me to be present at this past weekend’s centennial celebration.

The celebration began when the Governor General took up her position and the national anthem was played to a full house of over 400. The master of ceremonies, Christianne Walcott, lent an air of elegance to the occasion as she expertly guided us through the evening.

Rev. Dr. Marcus Lashley, as a proud St. John boy, blessed the gathering and this was followed by a welcome from Professor Avinash Persaud, Chairman of the Errol and Nita Barrow Educational Trust (ENBET).

The Prime Minister, Mia Amor Mottley, in her feature address was forthright, fluent and focussed and recalled Uncle Errol’s shepherding relationship with her as a teenager and his influence on her career path. Both addresses may sourced at https://www.facebook.com/gisbarbados/videos/116592219628759/.

David Barrow, son of Errol Barrow, and an ENBET Trustee, was his usual casual, comical and confident self, even though he feigned nervousness being blinded by the lights. His role was two-fold: to recognize and honour the surviving original trustees and those who had served with distinction and had now retired; and to make a continuing appeal for funds for the Trust to facilitate future awardees, as they pursued higher education and excellence.

After dinner, guests were treated to two video presentations. One by Professor Sir Hilary Beckles, Vice-Chancellor of the University of the West Indies, gave the historical perspective of Errol Barrow’s role in laying the foundation for the future of Barbados and the Caribbean. The other, by recipients of the ENBET awards, gave testimony to the importance of these awards in their individual lives.

The evening ended with an announcement of the highest bidders on the works of art in the silent auction and a vote of thanks by Christopher Harper and Janelle Chandler, two ENBET awardees who are now Trustees. The general feedback was one of major event success. 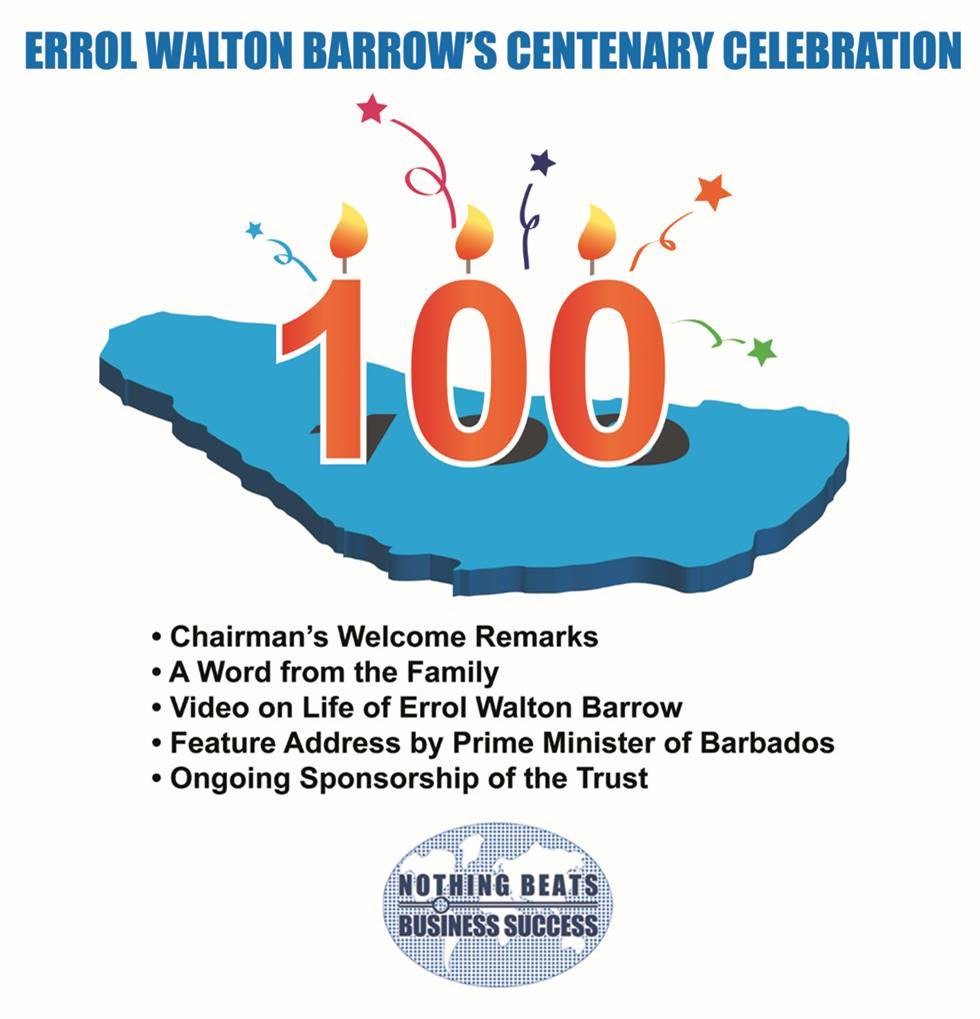 The baton is now in the hands of Prime Minister Mia Mottley to run the next leg of the relay, the mission of which is to restore Brand Barbados and ensure that over the next seven years Barbados must be transformed into a world-class society and must be an exemplar for others.

To do this, education and the pursuit of excellence are important.