“Pay to all what is owed to them: taxes to whom taxes are owed, revenue to whom revenue is owed, respect to whom respect is owed, honour to whom honour is owed.” – Romans 13:7

How embarrassing this is as a Barbadian, especially when our leader, the Prime Minister, is trying her best to reinstate a positive image of Barbados locally, regionally and internationally, after years of economic mismanagement.

To understand the reasons for the blackout, I invested several hours listening to and viewing news conferences on YouTube, chaired by the PM, at which several of the stakeholders in the fiasco, local and overseas, were present. I concluded that the quest to become a 100 percent solar energy electricity production facility by 2030, aging equipment and contaminated fuel supply all contributed to the disaster.

The quest to become 100 percent solar energy dependent is laudable since solar energy at the source is incident and free, whereas fossil fuel generation is costly and imported. Aging equipment could be a problem because there is no incentive to invest in new production equipment, which would be retired before the end of its economic life. Contaminated fuel supply is inexcusable since, in any manufacturing process, quality control must be paramount.

Barbados, like many small island developing states, is weak in its governance concepts. It has to depend on others with deeper pockets to provide investment financing and only attempts to communicate with their stakeholders when there is a crisis. It tolerates the public sector, statutory cooperation and private sector inefficiencies while ignoring training people in the areas most needed to address the priorities for national development.

The first foreign banks were established in Barbados over 100 years ago. A governance weakness in banking, in terms of unfair shareholder distribution, was manifested at that time. The banks had brought their financial expertise while Barbadians supplied the capital. Yet the foreign banks were allowed to have 100 percent ownership in the banking business and dividends were repatriated every year, putting pressure on our foreign reserves … how inequitable!

Now, in an era of exploiting solar energy incidence in the power generation business, there is a similar governance weakness in terms of unfair shareholder distribution. A foreign company has brought into Barbados its financial capital and electricity generation, transmission and distribution expertise. Still the Barbadian solar energy incidence has not attracted any Barbadian shareholding to the company. I think this is the crux of the matter. Improved governance would make it easier to rationalize the rates at which the company would pay for the local solar photovoltaic supply of power and the percentage of renewable energy production of electricity granted to the company.

Barbadian shareholding and board representation in the company would increase communication among stakeholders, not only when there is a crisis. The board would better govern the regulation, production quality control and staff assignment and training. 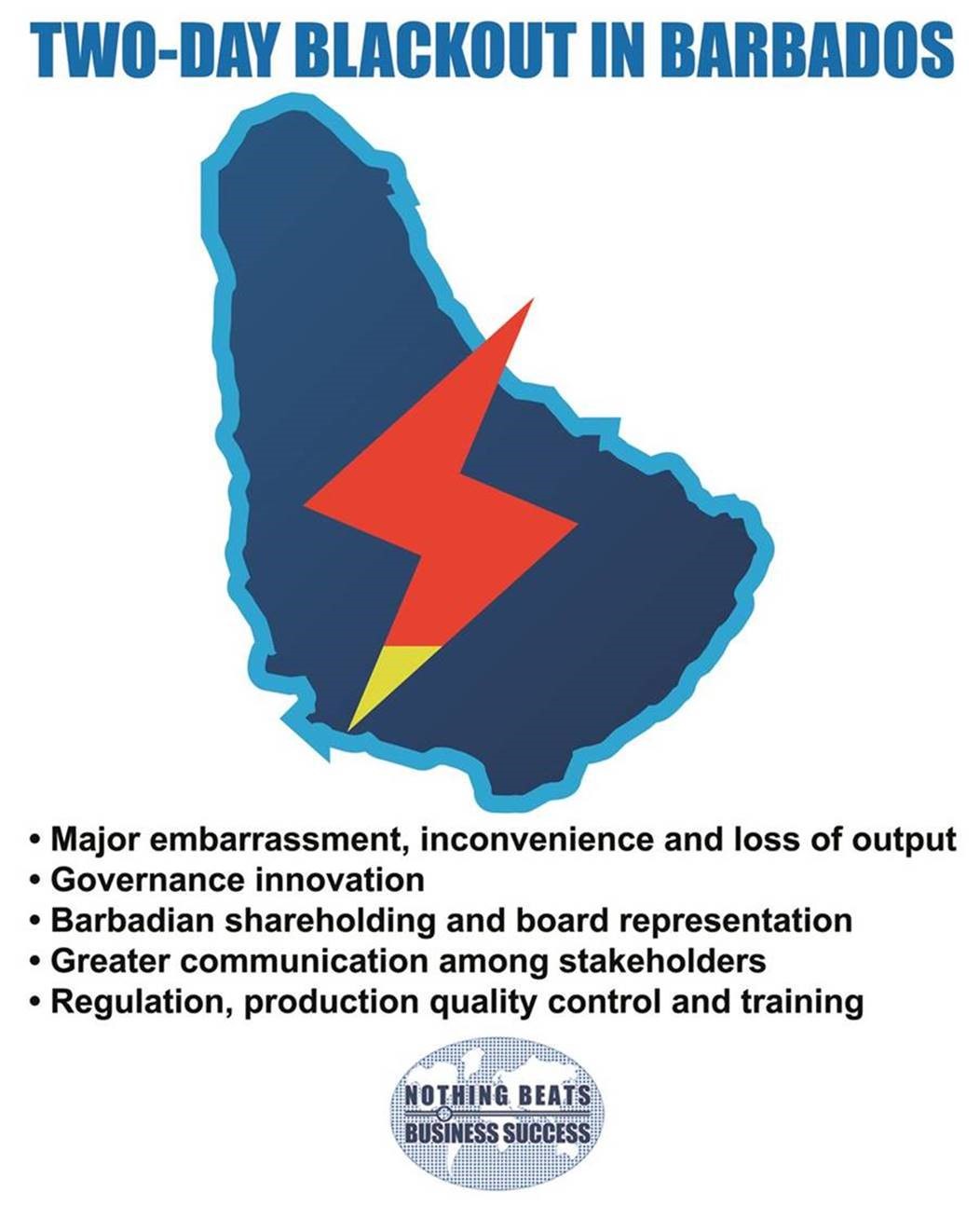 Let us all work together in partnership, share our resources and emerge successful for the greater good.