“I can do all things in Him that strengthens me” – Philippians 4:13

Many decades ago my mother gave me a folded card which said on the outside “Especially for you” and on the inside there was a quote from “The Hidden Power” by Thomas Troward (1921), the essence of which was the affirmation “I am–therefore I can–therefore I will“.  This card has always travelled in my passport pouch.

Last week I joined the daily news conferences by Governor Kenneth E. Mapp and his full team on the recovery efforts in the U.S. Virgin Islands after Hurricane Irma. I had become very familiar with St. Thomas, St. John and St. Croix over the last six years and I am still grappling, from a distance, with the reality of the magnitude of the damage on St. Thomas and St. John and the gargantuan task of the recovery effort. St. Thomas and St. John are at ground zero and two other weather disturbances Maria and Lee are threatening.

The Governor regularly thanks his heads of department (including emergency management, tourism, health, police, army and education) and the outpouring of assistance which the Territory has received from the U.S. Federal Emergency Management Agency, in particular, and Caribbean governments and private sector organizations, in general.

The Governor’s positive leadership at the news conferences, in the face of the devastation, is inspiring as he encourages residents to be thankful that they still have life, even though they may have lost many physical possessions.  He emphasized that the journey to success, which will be manifested in a brighter and better  USVI Territory, may take years rather than months but improvements will be witnessed one month at a time. “We are, therefore We can, therefore We will.”

There is, of course, the wider challenge of the rebuilding of the Caribbean travel industry on the heels of Irma. It is a rocky path where we must pursue long months of recovery after experiencing  the forces of devastation.

In contrast to this journey to success, last week, on Sep 15 to be exact, marked 40 years since my parents’ friends thought I was insane to establish my own business in Barbados, especially since I had put in nine years of hard labour and achieved a tenured position at the University of West Indies (UWI).

My view was different. The experience at UWI laid a solid foundation but I yearned for a private sector experience where there was greater personal control of my destiny albeit with attendant risks. The first company I established was SINCOS Consultants Limited where SINCOS was an acronym for Statistical, Information and Computing Systems which reflected to a large extent my post graduate training and UWI experience.

I remember, soon after the business was opened, being interviewed by former Barbados first lady, the late Carolyn Barrow who was working in radio for Barbados Rediffusion Service. As we were well into the interview, she stopped me and said: “Basil, do you know many times you have used the word “systems” in the last 20 minutes?” Without waiting for an answer, she said that will be your “brand”.

Then in 1984 Systems Caribbean Limited (SCL) was born with John Gibbs joining me as we invited Control Data Corporation (CDC), out of Minneapolis, Minnesota, who were looking for an Eastern Caribbean partner, into the mix. CDC’s sojourn lasted for two years and SCL soldiered on until the year 2000 when Stephen Broomes and Mark Chandler took over. They adopted a new name Systems Consulting Limited and the brand “systems” lives on until this day. This is an example of a smooth but undulating  journey which, through a systematic and evolutionary experience, has withstood the test of time and is an example of business sustainability and hence success. 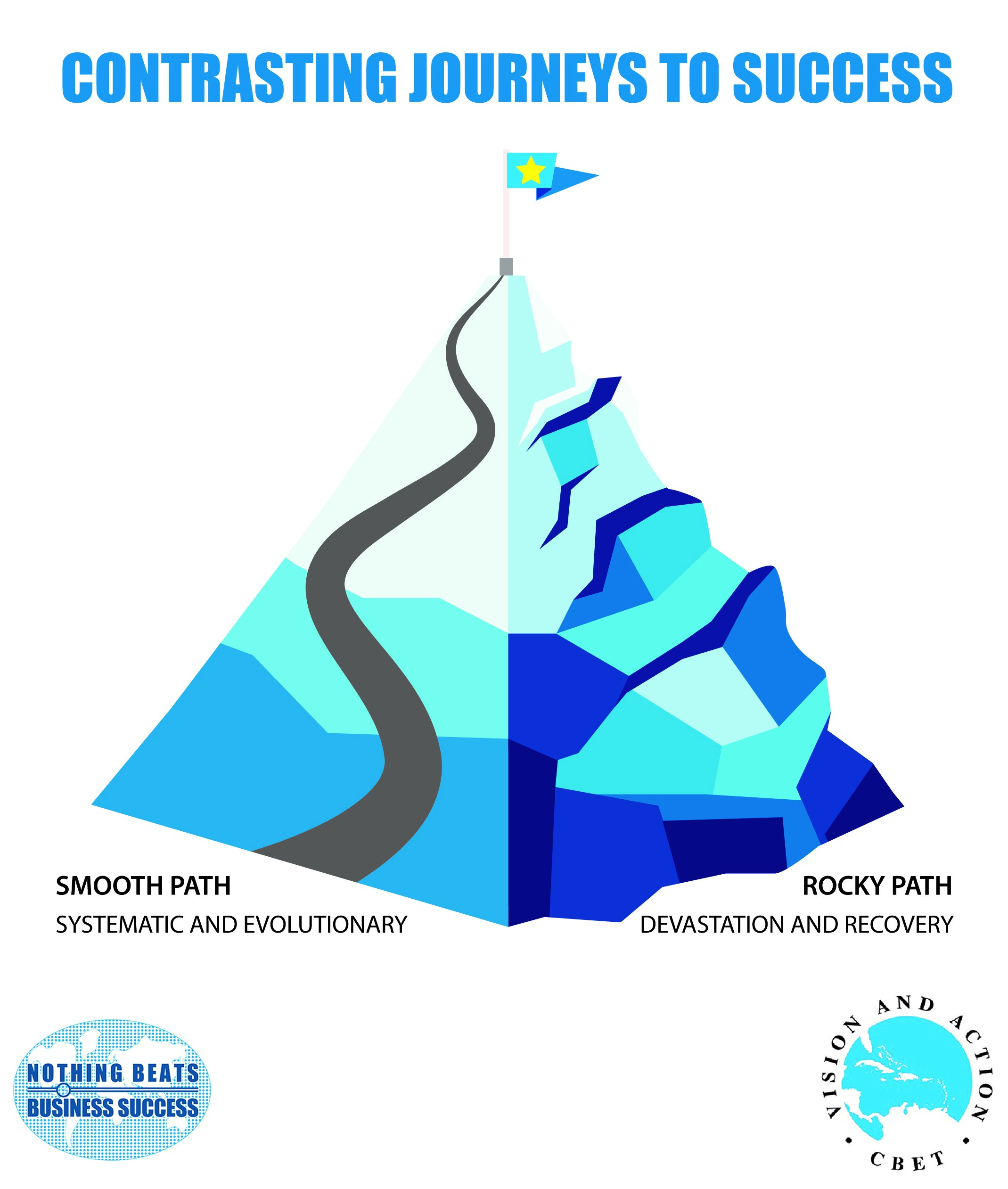 Let us affirm that, once we exist, we can do all things in Him that strengthens us. Let us always strive to conquer and achieve success whether we have a relatively smooth systematic and evolutionary path or whether we have to recover, over rocky ground.