Why is it that Caribbean leadership is in such chaos? Is it because of colonial heritage, power, egos, greed, arrogance, disunity, infighting, mendicancy, a fixation on reparations, lack of global vision, distrust, jealousy, hate, envy, worry, guilt and/or fear? What an array of uninspiring thoughts!

Last week, I was a panelist on a weekly radio programme. The issue of the week was the public criticism of the CEO of a tourism statutory board by the Minister of Tourism and then the defence of the CEO by the Prime Minister. No reference at all was made of the Chairman of the Board.

Further, a major investor in the tourism sector in that country threatened  to remove his contribution to national taxation to the consolidated fund since it was wasted in the tourism sector. Total chaos! A perfect example of what not to do in any reasonable corporate governance space.

The solution, in such a situation, is to recognize that the reporting relationship is from CEO to the Chairman of the Board to the Minister of Tourism to the Prime Minister and to the Cabinet. Also, a private sector investor, however big, cannot masquerade as the Minister of Finance.

My advice was to adopt the principle of public private partnership and set this productive sector statutory board up as a Trust run exclusively by the private sector and reporting to the Government every three months. This might be a bit much for the policy makers to chew as the first mouthful but I believe it is the optimal way to go in the interest of achieving optimal health as they convert from “chaos to order”.

In Barbados, where the press advises us that the collection of garbage has reached an all-time low, a proposal by the private sector to take over garbage collection, at a cost no greater than Government is spending at the moment, has been “halted” by the unions.

On arrival late in the evening at Grantley Adams International Airport recently, I witnessed another example of poor customer service. There was a lady with a babe in arms and several pieces of accompanied baggage to be managed as well. There was not a red cap in sight. Nor were there any trolleys, a standard feature at most international airports. I was told that the absence of trolleys was the result of an intervention by a trade union ostensibly to create more jobs for red caps at the airport.

If we do it right there is a major opportunity ahead. Where else in the world is there a region which can boast of diverse multi-cultural, multi-ethnic, multi-religious, multi-culinary, multi-genre (musical) and multi-lingual assets? The Caribbean is also blessed with a strategic location for the potential creation of wealth since we are made up of an archipelago of attractive islands and mainland territories nestled between North and South America, Central America in the West and the Atlantic Ocean in the East, in and bordering on the Caribbean Sea. How can we in Barbados exploit this in this 50th year of independence?

Let us lend each other a helping hand and extend love as we promote and practise the concept of public private partnership. 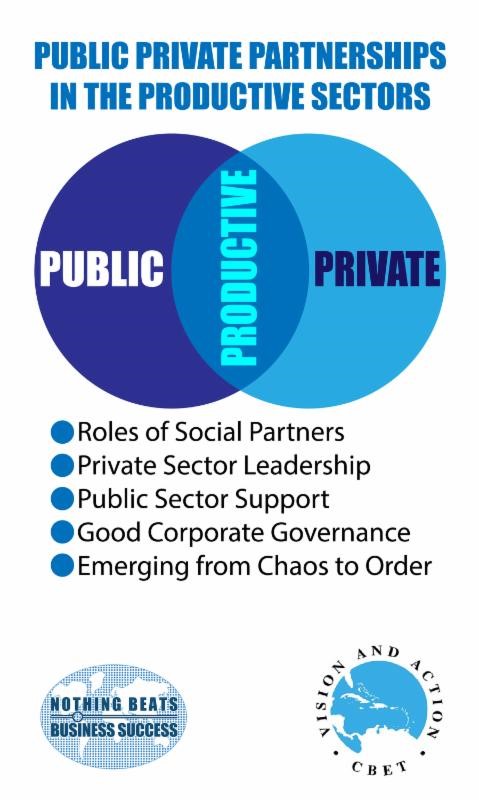