The date – the third of the fourth, twenty sixteen – West Indies men’s and women’s cricket teams join the Under-19 cricket team in bringing glory to the Caribbean region.

Please pause to herald the diligence of Sri Lankan umpire Kumar Dharmasena; whose actions ultimately brought Marlon Samuels back to the crease after he was erroneously given out with the West Indies reeling at 37 for four.

Flashback to the Lord’s Test between England and the West Indies in 1950! I remember the first words of the renowned BBC commentator John Arlott on radio: “This Lord’s wicket is like well-tended lawn”. He was referring to the cricket pitch on which the West Indies had decided to bat first having won the toss. West Indies went on to win the four test series, the first series victory on English soil, by three tests to one. Lord Beginning reminds us of the occasion with his calypso “Cricket Lovely Cricket”.

Over the years, John Arlott was noted for his wonderful gift of describing cricketing moments, which were nothing less than poetry in motion, in polished poetic phraseology.

Now some 66 years later, the manner in which Carlos Brathwaite executed his “four-sixes” in the last over to win the cup for the West Indies was nothing short of poetry in motion and it was captured by the Indian journalist, Sidharth Monga, as follows: “Carlos Brathwaite’s stillness, the smooth flow of his bat, the ball struck sweetly beyond the ropes – again and again and again. Four balls that wiped out all that had gone before.”

Experienced cricket journalist Andrew Miller stated: “Roy’s trudge back to the pavilion … with his helmet half-removed and his bat upside-down in his limp hands, was a picture of conquered dejection”. Trinidadian Winston Rudder added: “Such an apt description, so felicitous a choice of words, to paint a picture that will remain forever imprinted in the minds of those who witnessed the torment etched in Roy’s demeanor after his futile encounter with Badree’s no-turner… Indeed, an elegant turn of phrase!”

I shall continue to make the point, perhaps less artistically, that in the present West Indies Cricket Board (WICB) corporate governance climate, many cricket supporters are disenfranchised. This is what the Caricom Heads need to address. Give the vote to all cricket supporters, not just the relatively privileged few who belong to the closed membership of the six territorial cricket boards. 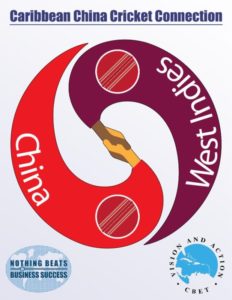 China has a population of 1.38 billion. The Chinese Cricket Association, a member of International Cricket Council since 2004, has set itself ambitious goals over the coming years culminating in the achievement of Test status. They are quietly growing their cricket.

The T20 version of the game is the most successful financially, especially in big market countries. How can the WICB leverage the recent success of its teams and market its brand to get a bigger share of the pie?

Cricketers from other countries are involved in the Chinese T20 development wave, why not the West Indies cricketers?

Let us hope that the energy of Love will inspire Light on the Lives of our Caribbean Community heads, the WICB, the players and the passionate supporters, so that we shall mobilize, with divine guidance, this year’s victories to be a foundation from which we can launch harmony and holistic prosperity in our region.